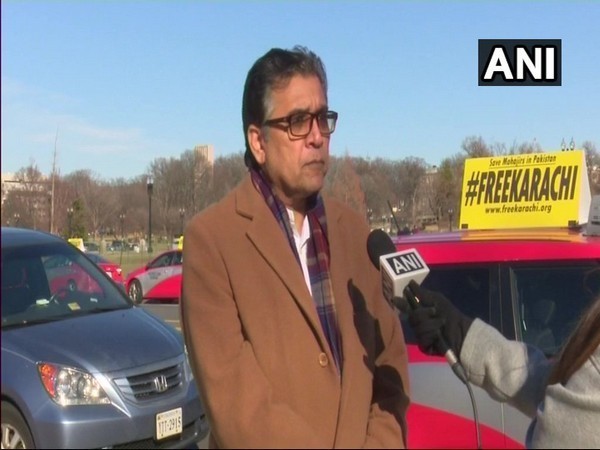 Mohajir activist and the Voice of Karachi chairman, Nadeem Nusrat, has said that the decision of global anti-terror financing watchdog, Financial Action Task Force (FATF), to keep Pakistan on its ‘grey list’ is a right step in the right direction.

The international community, however, needs to address the root cause of terrorism in South Asia, which is Pakistani military establishment’s obsession with religious extremists, he added.

In a statement, issued from the US capital Washington D.C, the Mohajir activist said all media sources are emphasizing on the fact that on Wednesday, Pakistan was officially placed on a terrorism financing watchdog’s grey list, despite Pakistani caretaker Finance Minister Shamshad Akhtar and other diplomats’ efforts to avoid the designation.

FATF’s decision came after the watchdog realised that Pakistan has failed to take action against terror financing and money laundering on its soil.

Nusrat stated that the real victim of Pakistani military establishment’s reckless policies and subsequent international sanctions are Pakistani civilians. Inflation, unemployment, and crimes are on the rise in Pakistan, whereas essential necessities for life such as clean water, power etc are becoming scarce with every passing day. He accused the military establishment of curbing the free media with brute force. This is a serious situation that demands serious action from the international community.

He concluded by assuring that the Voice of Karachi and South Asia Minorities Alliance Foundation (SAMAF) will support every action to establish lasting peace and rule of law in the region and to get social justice for Pakistan’s true civilian forces.

It is pertinent to note that Pakistan military’s blatant support has made easy for outfits, such as al-Qaeda and ISIS, to establish their terror network at a global level.

Despite growing international pressure, Pakistan is not willing to amend its course of action. In fact, it is taking steps that tantamount to mock the international community.

For instance, Pakistan government has ordered to unfreeze the assets of Ahle Sunnat Wal Jamaat (ASWJ) chief Maulana Ahmed Ludhianvi and remove the ban on his movement. The chief of the proscribed sectarian extremist group is now free to travel abroad and can purchase and carry arms, after securing a licence from the competent authority.