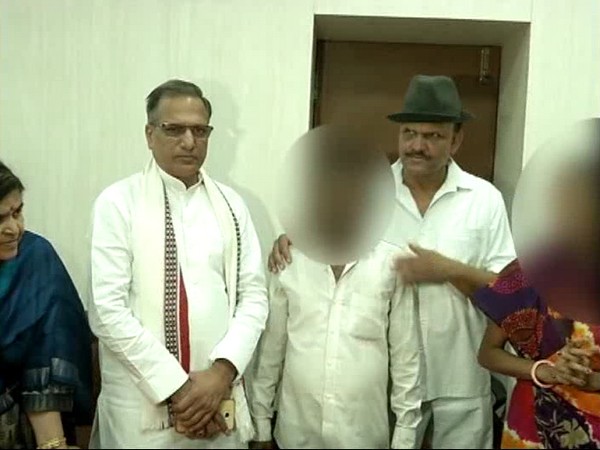 In a shocking incident, a Bharatiya Janata Party (BJP) leader from Madhya Pradesh asked the parents of a minor rape victim to express gratitude to the local MP for visiting them.

Sudarshan Gupta, a legislator of the BJP, was caught on camera in Indore’s MY Hospital, asking the victim’s kin to thank his party MP Sudhir Gupta for visiting them at the hospital to inquire about the minor girl’s condition.

Immediately, the parents of the victim were seen nodding and folding their hands before Sudhir.

“Say thank you to the MP (Sudhir Gupta). he has travelled only to meet you (Sansad ji ko dhanyavad boliye, special aapke liye aaye hain)”

The eight-year-old girl was abducted from her school in Hafiz Colony here and allegedly gang-raped at her house in Mandsaur three days ago.

She is presently battling for her life in the hospital.

So far, Madhya Pradesh Police has arrested two people in connection with the incident.

Madhya Pradesh Chief Minister Shivraj Singh Chouhan on Friday condemned the incident and said the accused should be hanged till death.

Meanwhile, locals in the district have been protesting against the incident, demanding death penalty to the accused.