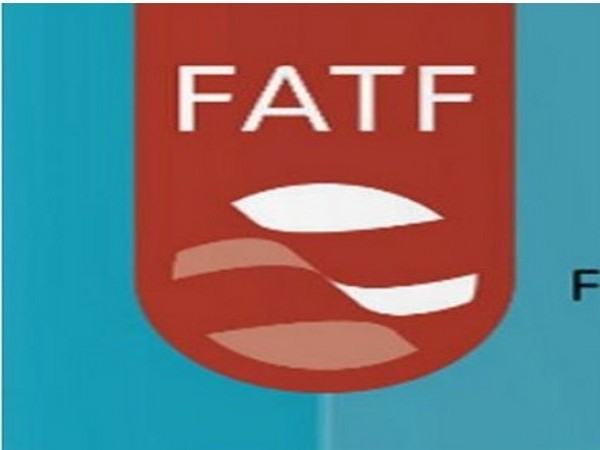 The Paris-based global Financial Action Task Force’s (FATF’s) decision to place Pakistan on its “grey list” on Wednesday for not doing enough to counter terror financing does not seem to have had much of an impact on Islamabad’s behavior, according to an expert on international affairs.

In an article written for the web site – the realnews.com, James Dorsey, a senior fellow at the S. Rajaratnam School of International Studies at Singapore’s Nanyang Technological University, said, “Pakistani officials (have) downplayed the significance of the grey listing .. Pakistani officials (have) suggested that they had evaded blacklisting by presenting a 26-point action plan that would address FATF’s concerns in the next 15 months.. (That) did not stop the government from removing Muhammad Ahmed Ludhianvi, the head of Ahl-e-Sunnat Wal Jamaat (ASWJ), from its terrorism list on the day that FATF was discussing Pakistan in Paris.”

The 37-member FATF’s “grey listing” of Pakistan means that Islamabad’s financial system will be designated as posing a risk to the international financial system because of “strategic deficiencies” in its ability to prevent terror financing and money laundering. The listing was done late on Wednesday during a plenary meeting at which Pakistan’s caretaker finance minister Shamshad Akhtar was present with a delegation.

According to Dorsey and other observers, Pakistan’s removal of a virulent anti-Shiite militant from its terrorism list at a time when it knew that the FATF was deciding to put it on a watch list highlights Islamabad’s huge struggle in coming to grips with countering militancy on its soil.

In his article, Dorsey places emphasis on the impact that this decision will have on Pakistan’s relations with two of its major allies – Saudi Arabia and China.

“The question is whether Saudi and Chinese acquiescence in FATF’s grey listing of Pakistan signals that the two countries may have second thoughts about their ambiguous approaches to Pakistani militants. If so, that may be the key to untying Pakistan’s knots in its struggle with militancy,” he says, adding, “Saudi ambiguity is matched by a similar Chinese haziness in its attitude toward Pakistani militants.”

To back his argument, Dorsey points out in his article the fact that madrassas (religious seminaries) operated by ASWJ in Balochistan that borders Iran have benefitted from an injection of funds from Saudi Arabia over the last two years. This, he claims, has been confirmed by militants in the public domain, establishing in his view, the very close ties that the ASWJ has with Riyadh.

“Mr. Ludhianvi sits at the intersection of both Pakistan and Saudi Arabia’s two-pronged attitude towards militancy. The source of the Saudi funding remains unclear but is believed to have tacit government support despite Prince Mohammed’s propagation of an undefined form of moderate Islam, a cutback in Saudi funding of ultra-conservative Sunni Muslims worldwide …, ” Dorsey states.

As regards China, Dorsey believes Beijing’s “sincerity” on the issue of cracking down on terror worldwide along with other countries, “will be put to the test when later this year the United Nations Security Council is likely to again debate designating Masoud Azhar, a fighter in the anti-Soviet jihad in Afghanistan in the 1980s and an Islamic scholar who is believed to have been responsible for an attack in 2016 on India’s Pathankot Air Force Station, as a terrorist.”

China has repeatedly vetoed designating Azhar as a terrorist, and even shielded Saeed from being listed by the UN prior to the November 2008 terror attack in Mumbai that claimed 166 lives and injured over 300.

Dorsey is of the view that terrorists like Hafiz Saeed and Masood Azhar keep India off balance, which Beijing desires, and at the same time allow the latter to maintain its relations with Pakistan’s powerful military, “which it views as a more reliable partner than Pakistan’s unruly and rambunctious politicians.”

So, in effect on one level, his article suggests that he is not surprised by the selective support that both China and Saudi Arabia extend to militants based in Pakistan.

The other point that he flags and warns about is “China’s focus on India does not threaten Saudi interests, but Saudi support of anti-Shiite militants in a region that is key to China’s US$50 billion Belt and Road-relative investment in Pakistan could put Balochistan’s already fragile security at risk.”

What is clear is that the FATF has not been entirely convinced by Pakistan’s 26-point action plan to cut off funding for terrorists and groups sanctioned by the UN Security Council, and therefore, has gone ahead put Islamabad on its “grey list” for the second time in six years, the first being between 2012 and 2015.

The FATF has begun assessing Pakistan’s action plan that will be implemented over a period of 15 months beginning next January. Reports suggested that Islamabad tried not to be included in the “grey list”, but sources said a decision had already been taken in plenary meetings of the Paris-based global financial watchdog in February. 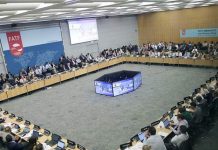 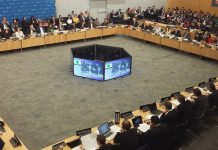 Solar Eclipse: Despite cloud cover in Delhi, PM’s moment with the Sun