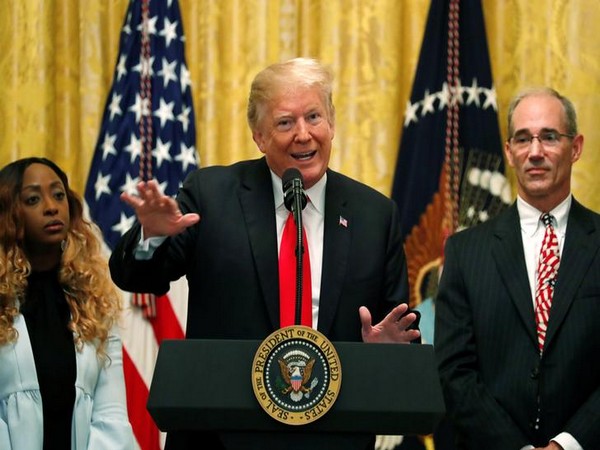 A day after five people were shot dead at Maryland’s ‘Capital Gazette’ newspaper office, US President Donald Trump on Friday said the incident “shocked the conscience of our nation and filled our hearts with grief.”

Addressing at a tax event in the East Room of the White House, Trump said, “Journalists, like all Americans, should be free from the fear of being violently attacked while doing their job.”

He added that the US government would continue to work towards preventing gun violence in the country, CNN reported.

“My government will not rest until we have done everything in our power to reduce violent crime and to protect innocent life. We will not ever leave your side,” Trump further said.

On Thursday, the US President expressed his condolences over the death of five people and thanked the “first responders” for responding to the incident quickly.

“Prior to departing Wisconsin, I was briefed on the shooting at Capital Gazette in Annapolis, Maryland. My thoughts and prayers are with the victims and their families. Thank you to all of the First Responders who are currently on the scene,” Trump tweeted.

“Today’s violence at the Capital Gazette was tragic & evil. My heart goes out to all affected in this brutal & senseless attack, & I send thoughts & prayers for comfort to the friends, family & colleagues of those killed & injured,” she tweeted.

Meanwhile, the police identified the suspect as Jarrod Warren Ramos, who has been charged with five counts of first-degree murder.

Ramos entered the newsroom of the newspaper’s office, where he started firing indiscriminately at the employees. He was captured by police while hiding under a desk in the office.

In 2012, Ramos had filed a defamation claim against Capital Gazette, but the case was dismissed.

“The suspect, a white male in his late 30s, entered the building at 888 Bestgate Road, with a shotgun and looked for potential victims as he walked through the lower level,” CNN quoted him, as saying.

Krampf added that the suspect’s intent was to cause harm.

He further said that threats were made over social media to the Capital Gazette and the police are identifying the source behind these threats.

On a related note, the citizens of Annapolis are planning to organise a vigil in memory of the five people killed in Thursday’s shooting at a public square near the Capitol.

Mysterious Disappearance of Christians in Youhanabad, Community Puts Forth Grievance