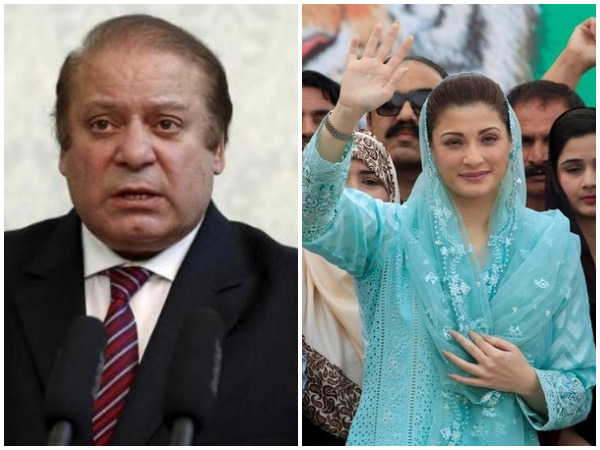 Pakistan’s former prime minister Nawaz Sharif and his daughter, Maryam Nawaz, are expected to return to Pakistan this week, as per sources.

Sources added, this decision was made after consulting with senior leaders of the Pakistan Muslim League-Nawaz (PML-N), as well as pressure from some party workers, Geo News reported.

There is a possibility that Maryam returns to Pakistan before Sharif himself.

The PML-N supremo with his daughter plans to lead their party’s campaign ahead of the forthcoming general elections of 2018 and have, therefore, ordered preparations to be done in multiple cities.

Prior to taking a flight back to their homeland, a detailed medical check-up and a computed tomography (CT) scan of Begum Kulsoom Nawaz, Sharif’s ailing wife, will be carried out to monitor her situation and progress.

On being asked about the elections, Maryam said, voters know whom to vote to make a better decision for democracy.

“Our voters will vote only for the ‘Lion’,” Geo News quoted Maryam as saying.

She is set to contest the upcoming elections from Lahore’s NA-127 and PP-173 constituencies.

Pakistan is slated to hold general elections on July 25.