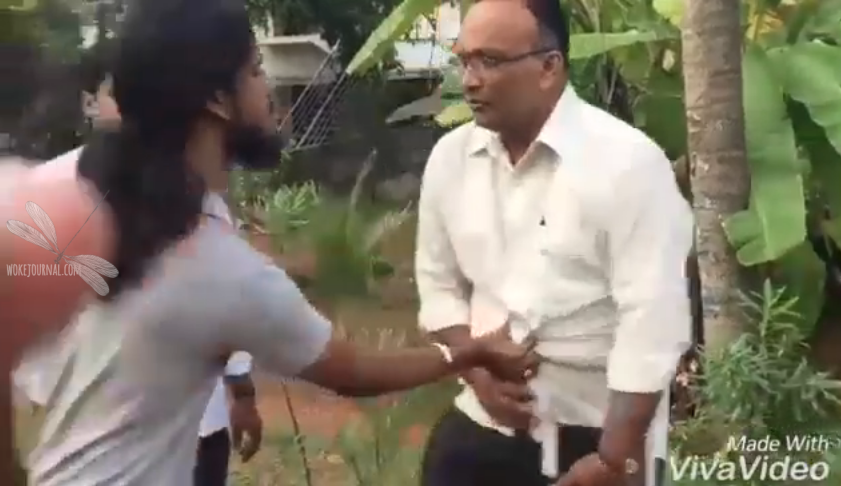 A group of Rashtriya Swayam Sevak terrorists attacked and threatened three protestant pastors in Kodungalloor on June 8, 2018. In the video taken by one of the assailants, a RSS worker named Gopinathan Kodungalloor is seen hitting the pastors and threatening them.

RSS workers who were with Gopinathan took the video of the assault and shared it on social media.

Pastor Roy Thomas and two of his students filed a complaint against the assailants in police station and the police have issued a look out notice in the name of Gopinathan Kodungalloor. The video had become viral on Social Media and sparked protests.

According to theÂ World Watch Monitor, 410 incidents of attacks on Christians in India had been reported in the initial six months of 2017 â€“ almost as many as the total for the whole year 2016 â€“ 441. In allÂ the recent attacks on Christians, the involvement of various right-wing outfits which are affiliated to BJP and RSS is very evident. FFor example, on December 14, 2017, a group of priests and carollers were detained following a complaint by the Bajrang Dal in Madhya Pradesh. Eight priests who had gone to inquire about the detainees were also held by the police. On October 23, 2017, seven Christian children were forcefully brought down from the train in Indore by Hindu Jagran Manch. Again, in June, a Catholic nun and four tribal girls travelling in the train were detained as per the complaint of Bajrang Dal saying that it was an attempt to convert.

Kerala, despite being a communist bastion, has not been able to tackle the issue of Hindu Fundamentalists. In fact, the minorities accuse the government and police of having Sangh Parivar mindset.

In Agra, Hindus, Muslims Come Together for Janmashtami Celebration