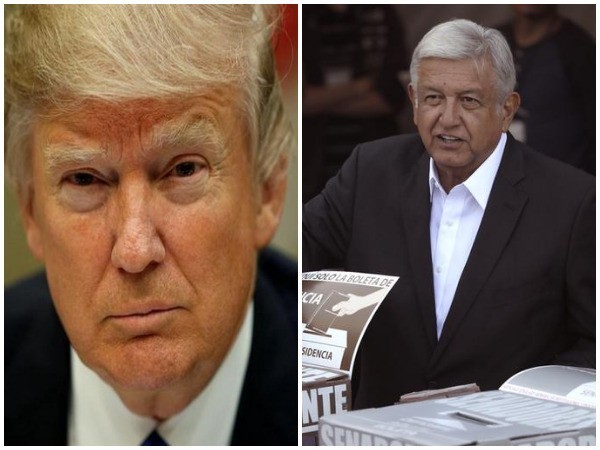 “Congratulations to Andres Manuel Lopez Obrador on becoming the next President of Mexico. I look very much forward to working with him. There is much to be done that will benefit both the United States and Mexico!” Trump tweeted.

The left-winger Obrador on Sunday had a resounding victory in the race to be Mexico’s next president.

The 64-year-old pursued the voters with his battle cry against corruption and promises to the poor.

The former mayor of Mexico City is estimated to have won with 53 percent of the votes.

The victory makes him the first leftist president since Mexico began its transition to democracy more than 30 years ago.

Both his main opponents, Ricardo Anaya and Jose Antonio Meade, conceded to Lopez Obrador and offered their congratulations.

According to the exit polls, Claudia Sheinbaum (56), a Jewish scientist and left-wing politician, became the first woman ever to be elected the mayor of Mexico City on Sunday.

Sheinbaum is known for fighting deep-rooted problems of gender inequality and violence against women.