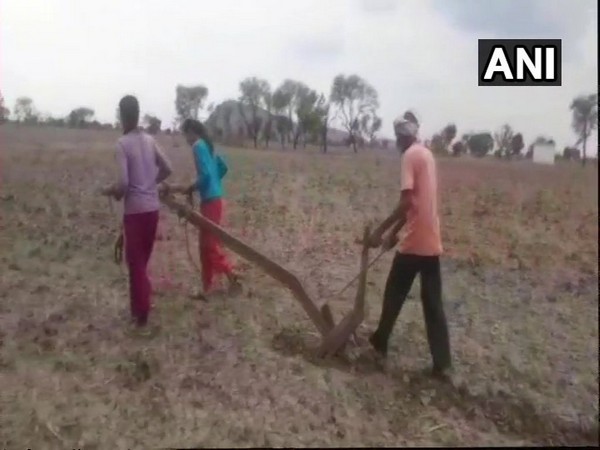 Faced with the prospect of going yet another monsoon season without proper rainfall, two daughters of a farmer in Uttar Pradesh’s Jhansi district have joined their father in ploughing the field to appease the rain God, Lord Indra.

The farmers in this region are facing a severe shortage of rain. Although clouds encircle the region, there has been no sign of rainfall.

Keeping in mind the condition of the farmers, two sisters of a village in Mauranipur city have decided to manually plow the field in the hope of sufficient rainfall.

“We haven’t received proper rainfall for four-five years now. So my sister and I have started ploughing the field so that we can please Indra (god of rain) and he can shower his blessings on us and we can have a good harvest,” said the eldest of the farmer’s daughters.

Shortage of rainfall has led to a number of unusual practices being taken up to please the god of rain.

Earlier in the month, two plastic frogs were married in Varanasi in the hope of an early monsoon.

A similar function was also organised in Madhya Pradesh’s Chhattarpur, wherein a wedding of two frogs took place in the hope of rainfall in the drought-hit Bundelkhand region.