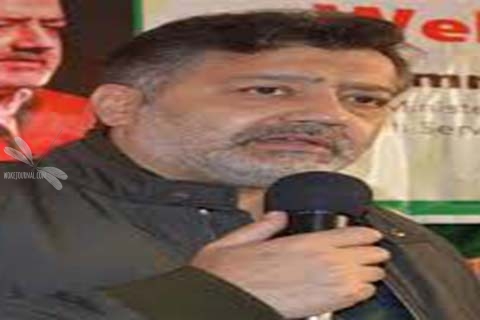 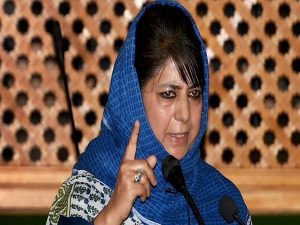 After the breaking of PDP-BJP Alliance in Jammu and Kashmir, the ruling party PDP is mired inÂ controversies.

Rumours that the Congress and National Conference would shake hands with PDP to form the government were rife soon after the rupture of the PDP-BJP alliance. However, Mehbooba Mufti, the PDP chief, took to the micro-blogging website Twitter to quell the rumours.

It is amidst such hearsay that an open rebellion against the former Chief Minister Mehbooba Mufti was lodged by senior PDP leader and former minister for higher education and information technology Imran Raza Ansari on Monday. Ansari claimed that he was ready to join any other political party for the formation of the government but would not support dynasty rule in the Kashmir. Besides Imran Ansari, his uncle and MLA, Zadibal Abid Hussain Ansari and MLA Tangmarg Abbas Wani have also rebelled against Mehbooba.

In a statement, Imran said that â€œMufti Sayeed had formed PDP against the dynastic and family rule. However, after his demise, Mehbooba converted the party into a Family Democratic Party. Let her be with her Mama, Musa, Chacha and Bhaiâ€.

The former minister said dismissed claims that BJP was responsible for pulling the government down. â€œInstead Mehboobaâ€™s failure led to the fall of the governmentâ€.Â He also said that the BJP supported the coalition government wholeheartedly and it was because of their endeavours that such a huge chunk of money was released to the state for various developmental activities.

Imranâ€™s uncle and PDP MLA from Zadibal, Abid Hussain AnsariÂ said that he had revolted against Mehbooba Mufti since had not given importance to them and had treated them as servants. He also blamed Mehbooba Mufti for her arrogance and weak leadership and for converting PDP into a family raj party. Elaborating his point, he said that Mufti had brought her brother who was a photographer and established him as the tourism minister. A relative was also made the commissioner. “Another relative of hers is remote controlling SKIMS from America. And then she made her relatives and loyalists as vice chairmen in different boards,â€

Abid warned that the PDP would disintegrate if it continues to be the Muftis party.â€œI fear if the party remains confined to the family, then it will disintegrate as members and leaders will leave the party to serve the people rather than serving a family,â€ he said. He said many MLAs have complaints against Mehbooba. â€œThey are not coming forward. But with time, they too will come forward and revolt against the party.â€

Meanwhile, MLA Tangmarg Mohammad Abbas Wani also expressed his displeasure with Mehbooba and endorsed Ansari’s statement against party leadership.Â In a statement, Wani told reporters that â€œPDP has been hijacked by a few which was not acceptable anymore,â€ The former MLA stated that Abid Hussain Ansari helped PDP to win many seats in previous elections, but nobody seemed to honour his contribution.

2 Held With Rs 1.5 Lakh in Fake Currency in Surat