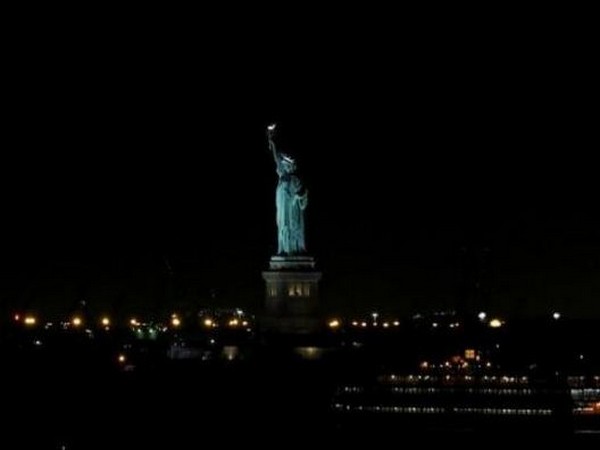 A woman climbed onto the base of the iconic Statue of Liberty on Wednesday (local time) in protest of President Donald Trump’s immigration policies and family separations.

According to CNN, the woman moved back and forth under lady Liberty’s sandal before sitting down, displaying a banner.

Seven other protesters were displaying banners, which read “Abolish ICE!” below her. All the protestors have been arrested as per latest reports.

While the seven protesting beneath the statue were arrested shortly after protests began, authorities tried persuading the woman at the base of the statue to climb down. However, because of her non-compliance with the authorities, for nearly two hours, officers used a harness and ropes on her to bring her down.

A source within the New York Police Department told CNN that the woman, who is part of the group Rise and Resist, was refusing to climb down from the statue until all children were released.

An organiser of the group, Martin Joseph Quinn, said that the woman’s actions were not a part of the protests planned against Trump’s immigration policies.

National Park Service spokesman Jerry Willis stated that the woman was in federal custody and that she would later be taken to a US Marshals office in Manhattan, trespassing, disorderly conduct and interfering with government functions among the charges she was likely to face.

He also confirmed that the Liberty Island had to be evacuated.

Son of College Peon Makes it to Indian Football Team