Actor Archana Padmini was sexually harassed while she was working in a film in 2016, and again in 2017 by two different superiors. Like most women who get harassed, she did not want to go to the police. But within her workplace — cinema, she did not have a forum for redressal.

For many budding actors like Archana, sexual harassment and sexism are unavoidable realities in their profession. Women technicians in the field who are a minority, to begin with, face similar problems. In 2018, however, things have changed, thanks to Women in Cinema Collective (WCC).

The Association of Malayalam Movie Artists (A.M.M.A)â€™s decision to re-induct Dileep, has reached the film community across the nation. The associationâ€™s decision to re-induct the male actor who is under trial on charges of kidnapping and raping his female colleague has been condemned nationally by many in the film fraternity as a result of that.

Kerala’s film industry is making history as this epoch-making fight has exposed the imbalance in terms of power and influence. On one side are a few women filmmakers, technicians and actors who are demanding their right to dignity in the film industry, on the other side, is everyone else.

While superstars, producers, directors, and artists have all got together to defend a rape accused actor, WCC has taken on a herculean task â€“ of forming a body to address sexual harassment complaints in their workplace which is the film industry.

WCCâ€™s first petition to Chief Minister Pinarayi Vijayan in May, last year, signed by 21 women who worked in the film industry including actors, directors, technicians, and singers suggested that an ICC for sexual harassment be formed for every film that was made.

Today, WCC has realised that this might be a cumbersome process, given the huge number of films that are produced every year.

Asha Achi Joseph, one of the members of WCC who was also a signatory in the petition to CM explained the problem. “In cinema, the workplace is not defined. Even though it is called an industry, from the governmentâ€™s point of view, cinema is not one.” Well defined rules can be put in place only if the government recognises it as an industry or as a wing of the department of culture, she said.

In India, neither the State government nor the Central government has any say in what goes on in the film industry except when it comes to censorship issues. The Cinematograph Act of 1952 is what enables this and it pertains only to the certification and exhibition of films.

The rules of Kerala Film Chamber of Commerce and Kerala Film Producersâ€™ Association pertain only to the commercial aspects of filmmaking and do not address the rights of the people employed in cinema. A look into the structure of these two bodies revealed that they do not have even one woman in their executive committee or as office bearers.

Film Employees’ Federation of Kerala (FEFKA) has the status of a trade union but little is known about the State government’s involvement in the making of its rules. It was as late as in February 2018, almost a year after the formation of WCC, that FEFKA formed a women’s wing for itself, but still no guidelines have been issued regarding cinema as a workplace for actors.

In spite of all these difficulties, the Sexual Harassment Act 2013, defines a workplace in unambiguous terms for the whole of India. In the case of cinema, it can be seen in subclause (ii) under â€˜oâ€™ of Chapter I where â€˜workplaceâ€™ is defined as â€˜any private sector organisation or a private venture, undertaking, enterprise, institution, establishment, society, trust, non-governmental organisation, unit or service provider carrying on commercial, professional, vocational, educational, entertainment, industrial, health services or financial activities including production, supply, sale distribution or service.â€™

In cinema, the workplace is not limited to just principal photography (shoot) or location because it involves a number of processes. For example, location scouting, auditions, dubbing, other studio work, travel, film screenings, hotels where one has to stay during shoots – all can possibly be called as ‘workplace’ for someone who works in films.

Film actor Bhavanaâ€™s abduction and harassment was a case of sexual harassment at the workplace because the actor was returning from a shoot when she was attacked. The same applies to the incident of actor Padmapriya being slapped on the location of a shoot. Actor Parvathiâ€™s statement that women actors of Malayalam cinema are routinely asked for sexual favours was speaking about the same issue. Actor, MP and the then A.M.M.A President Innocentâ€™s response to Parvathiâ€™s statement where he said that bad women actors might have to sometimes sleep with people to get roles is in itself a case of sexual harassment.

Reel to real and back

Sexual Harassment Act brings cinema also under its ambit by definition. However, there is no place for a film worker to go to if they are sexually harassed or subjected to gender-based discrimination.

It looks like this absence is because the film industry, which is a male-dominated affair, never thought it necessary to address womenâ€™s issues.

The ICC, which is mandatory in all workspaces according to the Sexual Harassment of Women at Workplace (Prevention, Prohibition, and Redressal) Act, 2013, is not only non-existent, but 88 years after the release of the first Malayalam film, it is only in 2017, through WCC, that such a demand surfaced for the first time. As for the Indian film industry, which is more than a hundred years old, the demand has not been made yet.

In most of the Malayalam commercial films, women actors do not have an independent existence unless supported by the male hero. Even the screen time has a huge divide. With the number of women technicians also being less, most of the time, during a shoot, only a couple of women and their assistants are present, unless it is a flashy dance sequence where Indian cinema tend to bring in a lot of women, usually as props for sexually suggestive gyrations.

Popular actor and member of WCC, Rima Kallingal in an interview once said that the women actors are hardly ever part of the creative process of filmmaking. A woman actor can be easily replaced overnight. It is the same dispensable nature that is being seen reflected in the whole of the film world. WCCâ€™s challenge to that became historical and provocative at the same time because they proposed the radical thought that women in cinema are humans and are no different from their male counterparts.

So in 2017, when actor Meghna was harassed in the film industry, with director Jean Paul Lal using a body double without her consent, for the first time, there was a collective called WCC who extended solidarity to the victim. When actor Bhavana was repeatedly harassed by statements by politicians and her co-workers, WCC addressed each and every one of those issues. When Dileep was reinstated, four members of WCC resigned from A.M.M.A in protest.

It is not clear why rules applicable to the entire country are not considered in filmmaking but when one looks at the people who are the most affected by this lack of accountability, women and sexual minorities top the list.

Archana, recounting her experience said that she did not want to go to the police also because as an actor, she did not get her family to support as she had chosen the profession.

“When I entered into this field, I really wanted to be a part of this commercial industry,” said Archana. “But with a couple of experiences, I was made to feel that I did not belong to this space.” When asked why she felt that way, she said, “Everything. From the words, people use to the entire work culture. My experience is that it is very violent.” The way women junior artists are addressed and even the looks women get on shoots reek of this violent male culture, she explained.

This has resulted in the majority of the film industry functioning like a feudal system where actors are not seen as workers working in a workplace but as tenants offering their humble acting skills in front of landowners to please them, said Archana. “Nobody cares what happens to a person when she is asked for sexual favours and says NO.”

In her own case, after Archana made a complaint with FEFKA (because the accused person was a member), about the sexual harassment she faced, the accused forwarded her picture in film circles warning them that she was a ‘troublemaker.’ We should not forget that Bhavanaâ€™s first complaint to A.M.M.A was that of Dileep meddling with her career by pressurising people to not cast her. It was ignored by A.M.M.A.

If a popular film actor like Bhavana had to make a complaint regarding a male actor attacking her career, one can imagine the insecurity faced by new and young women who enter this field. Typical of sexual violence in workplaces, this often has got nothing to do with one’s performance but everything to do with, which male actor you displeased by denying sexual favours and in some cases even deference. Actor Nithya Menon was once banned for not having shown ‘enough respect’ to producers by asking them to speak with her manager as opposed to speaking with them directly.

During the last UDF government, a study was conducted on cinema under the supervision of veteran filmmaker Adoor Gopalakrishnan. Asha Joseph said that this committee had suggested that government took control of the film industry. However, when contacted by TWJ, Adoor Gopalakrishnan said that he had made no such recommendation. He refused to comment on the need for government intervention in cinema.

Incidentally, Adoor Gopalakrishnan had come in support of Dileep saying he was not a â€˜donâ€™ or â€˜or a person who is capable of doing a heinous act,â€™ when news broke of his involvement in Bhavanaâ€™s kidnapping and rape.

The new Pinarayi Vijayan led Left government has appointed a three-member group called Hema Commission to study the field of cinema and make recommendations for making it a safer place for women. This was conveyed to WCC when they met Vijayan last May.

When Justice Hema was questioned regarding the delay in filing the report, she said that it took time to study a field with which they were not familiar. This, however, sounds like a contradiction because one of the three members of the commission is veteran actor Sarada. In an interview with journalist K. R. Dhanya, Justice Hema was heard saying â€˜I am studying womenâ€™s issues in cinema, not WCCâ€™s issues.â€™

At the same time, there are also rumours that a department is going to be formed for cinema as a wing of the culture department under minister A. K. Balan.

Speaking about the formation of an Internal Complaints Committee for cinema, actor Padmapriya said, “the power of an ICC is equal to the power of a lower court, so the point is, whom do we entrust this responsibility?”

Adding to this problem is the fact that there are no precedents in this matter. One thing is certain, a group of women is trying to make members of the film community understand that it is not a private land owned by a few males, but a workplace where, whether they like it or not, women have rights. 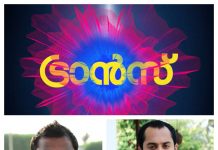 Fahad’s Trance will release in December 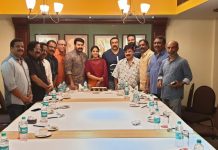 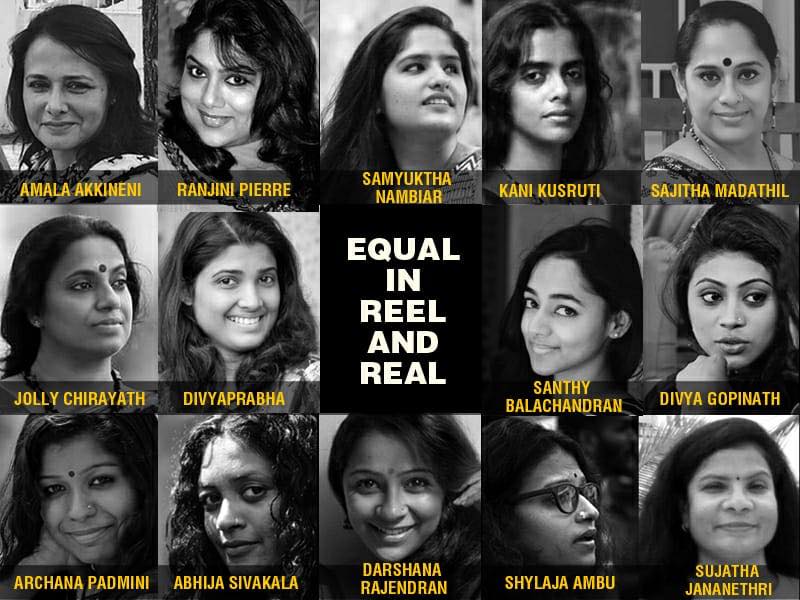 India inches closer to 2Lakh-mark, with over 8000 cases for third day