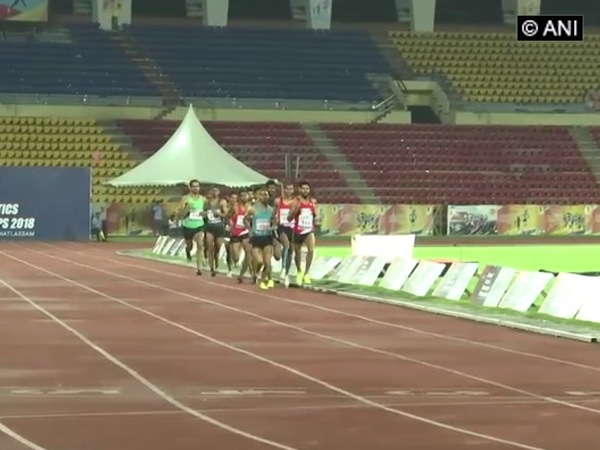 In an attempt to promote sports culture in Assam, the state government on Saturday hosted 58th National Inter-State Senior Athletics Championship. The event witnessed a huge participation from athletes from across India.

Assam Chief Minister Sarbananda Sonowal inaugurated the event, Top athletes from different states such as Haryana, Assam, Odisha, and Punjab participated in the championship. Punjab gave the best performance and secured a place in the Indian squad for Asian Games 2018.

The athletic championship included different sports activities including 100m, 200m, and 400m, 800m run for both men and women.

The inauguration ceremony was followed up by vibrant and colorful events in the premises of Sarusajai Sports Complex.

The Championship was held for the final selection trial for the upcoming Asian Games 2018 and was graced by iconic athlete PT Usha.

Athletics Federation of India General Secretary CK Walson said, “We are hoping that India will do better than all these years. This would be the best performance from the Indian team. Athletes are performing very well. In 400m men, we have Tarun and Santosh and 400m women we have Juna Murmur. They have all qualified for the Asian Games. Players will have to clear the qualifying standard and if the players attain the standards they will be participating in the Asian games. Hima Das is a very promising athlete. We are hoping that she will come up with excellent performance in the Asian Games and other championships.”

Dayaram, a player from Rajasthan, lauded the Assam government for organising this sports event and providing them with a platform to showcase their talent. “It is an excellent platform, everything is well managed. I am from Decathlon team. I urge the youths of our nation to work hard to grab gold medals in the international championships. Prime Minister Narendra Modi has taken a great initiative by starting Khelo India; this has encouraged more and more youths to take up sports.”

The Centre has been making all efforts to bring back the sports culture in India. Recently, it launched Khelo India programme under the leadership of Prime Minister Modi. On social media platforms such as Twitter, it has launched several campaigns like ‘Hum Fit Toh India Fit’ campaign in order to create awareness about the importance of a healthy lifestyle.