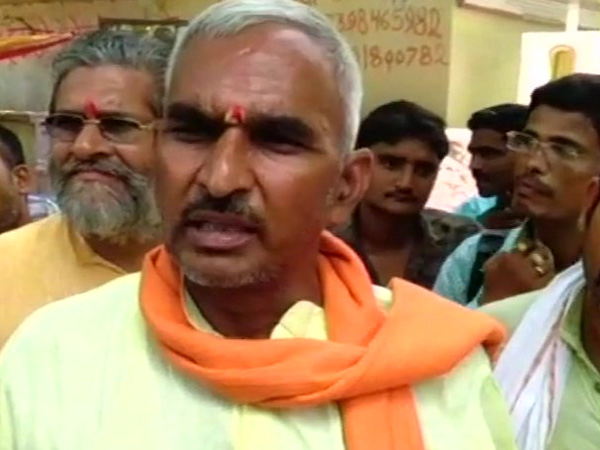 BJP MLA from Bairia district Surendra Narayan Singh triggered a controversy by saying that even Lord Ram would not have been able to put an end to the rising rape incidents.

“I can say this with full confidence that even Lord Ram will not be able to prevent such instances. This is natural pollution, which has not left anybody untouched. It is people’s responsibility to treat others as their family, as their sisters. We can only control it through values, not the constitution,” said the BJP MLA, when asked about the rising rape incidents in Uttar Pradesh.

Surendra Singh had earlier landed in soup for making statements like “prostitutes are better than government staffs”, and blaming parents and smart-phones for rising rape incidents.

In the recent past, he came out in support of BJP MLA Kuldeep Singh Sengar, who is presently in Sitapur jail in regard to the Unnao rape case.

Singh then said no one can rape a mother of three children.

“I am speaking from the psychological point of view; no one can rape a mother of three children. It is not possible, this is a conspiracy against him (Kuldeep Singh Sengar),” he told ANI, adding, “Yes maybe her father was thrashed by some people but I refuse to believe rape charge,”

On that note, Central Bureau of Investigation (CBI) on Saturday filed a charge-sheet against the five accused in the death case of the father of a minor girl, who was allegedly raped last year in Unnao, Uttar Pradesh.

Air India Delays Salaries for Fifth Month in a row