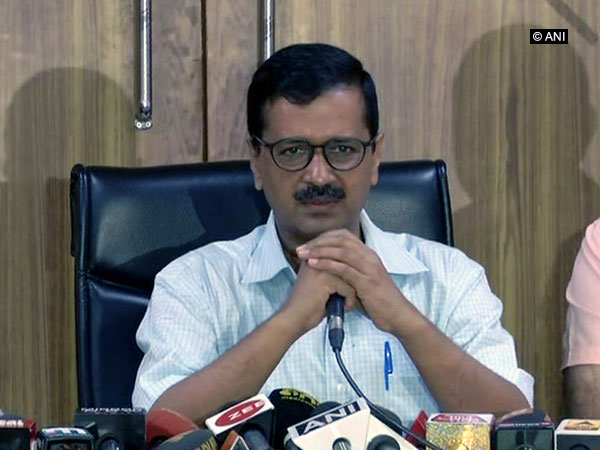 Delhi Chief Minister Arvind Kejriwal on Monday questioned Lieutenant Governor Anil Baijal as to why he was “selective” in accepting the Supreme Court’s judgment on the power tussle between him and the Delhi government.

In a letter, Kejriwal wrote, “I am glad that you have kindly agreed with Para 277 (xxi) of the judgment of the Honourable Supreme Court, which says that concurrence of Honourable LG is not required.”

“However you refuse to implement Para 277 (xiv), (xv) and (xvi) of the same judgment. But how can you be selective in accepting the judgment? Either you should take a position that all the matters now would be placed before the regular bench and therefore, you would not implement any part of the order. Or you should accept the whole order and implement it. How can you say that you will accept this para of the order but not accept that para of the same order?” he added.

Kejriwal urged Baijal to fully implement the court’s orders in letter and spirit. He asserted that the Ministry of Home Affairs (MHA) does not have the power to interpret the order.

The Delhi Chief Minister stated that Baijal should approach the apex court if there was any confusion, adding that the latter should not “violate” the court’s order.

After meeting Baijal on July 6, Kejriwal said the former refused to abide by the top court’s order regarding the control of Services.

“L-G said he had referred this to the Ministry of Home Affairs (MHA) and received an order from them saying that he will have the power of Services. They (MHA) gave the reason that the apex court had not dismissed its 2015 notification. We informed the Lieutenant Governor that this order automatically gets dismissed after the Supreme Court’s judgment. But, the Lieutenant Governor said he will listen to MHA,” he told reporters.

On July 4, the SC in its judgment said that the Lieutenant Governor must work harmoniously with the state but also added that Delhi cannot be granted statehood, citing an earlier judgment.

“L-G cannot act independently unless where the Constitution allows. L-G cannot be an obstructionist, he must take advice from the Council of Ministers. The Council has to inform the L-G of its decisions. The L-G must work harmoniously with the state, the L-G and council of ministers have to be constantly aligned. There is no space for anarchy,” the CJI said.

The power tussle between the Delhi government and the Lieutenant Governor has been on since the formation of the AAP government in the state.