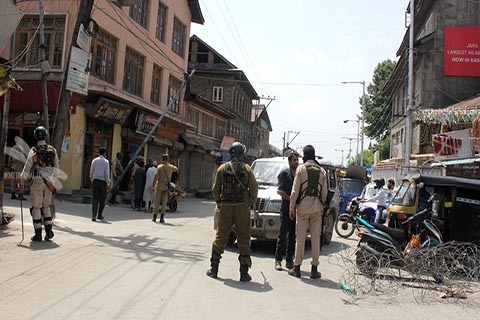 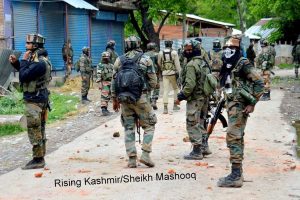 Father of a militant died due to cardiac arrest soon after hearing that his son was trapped in an encounter with government forces at Kundalan, Shopian.

Reports said that Mohammad Ishaq Naikoo, father of Zeenat Naikoo, who had joined militant ranks two months back, suffered a heart stroke soon after hearing rumours that his son has been trapped in the cordon. Naikoo, a resident of Memander (Shopian) village was shifted to district hospital Shopian where doctors declared him brought dead. A doctor also confirmed Ishaq’s death due to the heart attack.

Earlier, the joint team of army’s 34 RR, SOG and CRPF launched a cordon-and-search operation at Kundalan which resulted in an encounter. Soon after the encounter, the people of the area mostly youth took to streets and pelted stones at armed forces. The army used tear smoke shells and pellets in retaliation to disperse them. Two army men including an officer were also injured in an ongoing encounter in Kundalan area of south Kashmir’s Shopian district on Tuesday.

A police official said that the two army soldiers including a JCO suffered bullet injuries during the gunfight. Both the injured were evacuated to army’s 92 base hospital, Badamibagh, Srinagar for treatment.

In the wake of gunfight at Kundalan (Shopian), administration ordered closure of all colleges in southern Shopian district. University exams however, will be held as per schedule, an official of the administration said.