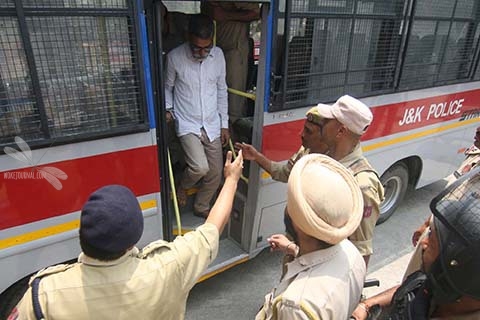 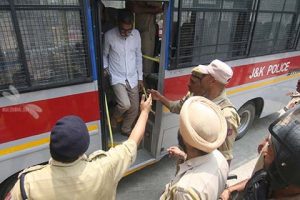 After the second hearing on the Kathua rape and murder case, the Supreme Court of India on Monday ordered shifting of the seven accused from the Kathua jail to the district jail in Punjabâ€™s Gurdaspur town. The top Court rejected the objections raised by the Government of India and the lawyers representing the accused over the shifting and said that their transfer was being done due to “exceptional circumstances”.

The seven among the accused are facing trial and are currently lodged in Kathua district jail on raping and murdering an eight-year-old Aasifa from a minority nomadic community.

A bench of Chief Justice Dipak Misra and Justices D Y Chandrachud and Indu Malhotra accepted a status report in the case filed by the Jammu Kashmir government and ordered the shifting of seven accused. The senior counsel Indira Jaising told the court that the purpose of holding day-to-day hearing is defeated as the actual trial was only taking place for a couple of hours since a lot of time was expended in bringing the accused from Kathua jail to Pathankot.

The apex court, which passed a series of directions, asked the J&K government to file a supplementary charge sheet in the case within eight weeks. It also directed the Punjab and Jammu and Kashmir government to provide adequate security to the in-camera trail proceedings with no adjournments.

The top court modified its earlier direction that no other court would entertain any petition regarding the case.Â It also granted liberty to the accused and the kin of the victim to approach Punjab and Haryana High Court if they were aggrieved by any trial court order. The bench also asked the District and Sessions Court judge at Pathankot to observe full-court in-camera trial in which only the judge, the lawyers representing the accused, public prosecutors and court staff would be present during the proceedings.

During the hearing, though Additional Solicitor General Maninder Singh (representing Government of India) opposed the transfer of the seven accused from Kathua to Gurdaspur, this was turned down by the court.Â The court has also directed the J&K government to provide security to the Special Public Prosecutor. The top court’s order came after a plea was made by the victim child’s father who had moved the court seeking the transfer of trial from Kathua to Chandigarh.

Italy’s Serie A to resume from June 20