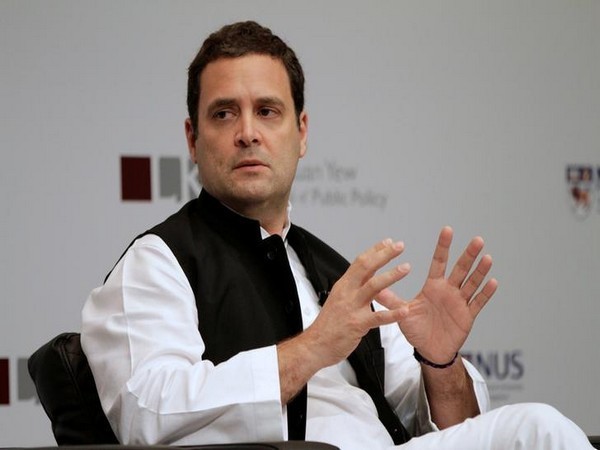 Amidst political furore surrounding his alleged “Congress is a Muslim party” remark, Rahul Gandhi said that religion, caste, and beliefs matter little to him.

“I stand with the last person in the line. The exploited, marginalised and the persecuted. Their religion, caste or beliefs matter little to me. I seek out those in pain and embrace them. I erase hatred and fear. I love all living beings. I am the Congress,” Gandhi tweeted.

The statement on the micro-blogging site has come just a day ahead of the commencement of the Parliament’s monsoon session.

The Congress chief has been facing flak from the Bharatiya Janata Party (BJP) for his statement, which Urdu daily Inquilab claimed, he made at a meeting with Muslim intellectuals and activists on July 11.

The BJP accused the grand old party of minority appeasement ahead of the upcoming 2019 general elections.

However, the Congress party, rubbishing the report, said that Gandhi never made such a declaration.

“This is absolute lies and shameful spin by the newspaper. The BJP using it to further its own agenda, yet again, exposes their desperate tactics to mislead the nation. However this will not deter us to fight for India’s founding principles and its democratic values,” Congress leader Priyanka Chaturvedi tweeted.

During the meeting with Muslim intellectuals and historians on July 11, Rahul Gandhi was advised to do a self-introspection of the Congress party. He was urged to think about how “Congress worked in the era of 1970s when it talked about inclusiveness and ‘Sajha Virasat.’

He was also urged to not talk about the Muslim community in particular and rather speak on issues like poverty and education on a whole.