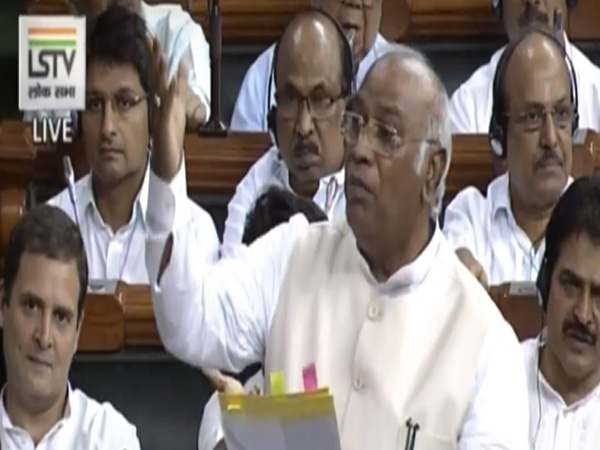 “If there is anybody who uses the divide and rule policy, then it is the BJP and the Narendra Modi government. The way you are operating now, the way you are mistreating minorities, compromising on freedom of speech, spreading inequality, democracy would have been demolished by now had we adhered to your measures,” Kharge said in his speech during the proceeding of the no-confidence motion in Lok Sabha.

Kharge also said that Centre ignores all the good work that Congress did while in power.

“BJP does not acknowledge the work Congress has done in all these years. It shouldn’t lecture us. BJP doesn’t look beyond itself,” Kharge said.

“They say we have done a lot for the farmers, whereas on the other hand, the cases of farmer suicides have increased over the past few years. They have only talked about Adani and Ambani, not farmers,” he added.

Pompeo to Accompany Trump for Summit With Putin