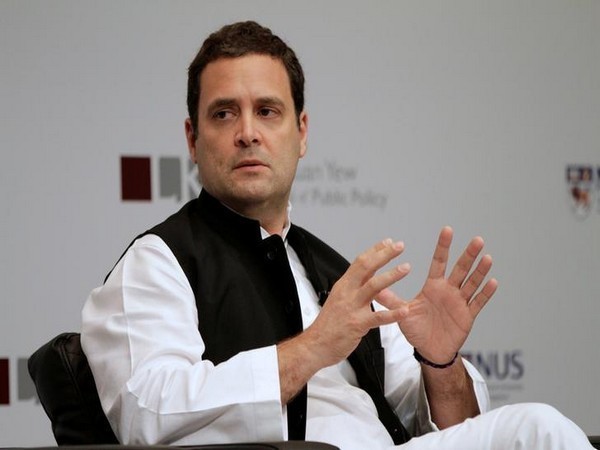 During his nearly 15 minutes stormy speech that was interrupted several times by Bharatiya Janata Party (BJP) members, Gandhi focused his attack on issues where he felt the NDA government had failed since 2014. However, after his scathing attack on Prime Minister Modi, Gandhi walked up to him, hugged and shook hands.

Speaking during the No-Confidence Motion, Gandhi charged the government of causing hardships to the common man through its policies. “Youth in India trusted Prime Minister Narendra Modi. In his every speech, he (PM) said he will give jobs to two crore youth but only four lakh people have got jobs, rest are still unemployed,” Gandhi said. He compared the status of employment with China which gives jobs to 50,000 people in 24 hours.

Criticising the government for demonetisation and Goods and Services Tax (GST), Gandhi said that the government policies have impacted several businesses. “The government seems to have forgotten that most of Micro, Small and Medium Enterprises (SME) operate in cash. I went to Surat where traders told me that they have been the worst affected. They did not stop with demonetisation, they came up with GST. We wanted a single rate of GST. But you came up with multiple rates, you raided small traders and made life hell for them,” Gandhi said.

Criticising Prime Minister Modi over his foreign policy, Gandhi mentioned the visit of Chinese President Xi Jinping to India. While President Jinping was here, Chinese soldiers entered India and a few days later they were in Doklam. He added that while Indian soldiers held the fort against the Chinese soldiers PM Modi let them down by not raising the issue with the Chinese side.

“PM Modi and Chinese President Xi Jinping were swinging in Gujarat after which Jinping put his soldiers in Doklam. Our soldiers defended the country. Then Prime Minister Modi went to China without any agenda and said Doklam will not be discussed. What our soldiers did by facing the Chinese, the PM could not do it… He (PM Modi) cheated our soldiers,” Gandhi asserted.

Continuing his attack on Prime Minister Modi government, Gandhi said: “One of those people was given the Rafale contract where the gentleman benefited to the tune of Rs. 45,000 crores. The businessman had a debt of Rs 35,000 crores and had never built an aircraft in his life. PM Modi has not been truthful and that is a fact,” Gandhi said.

“I looked at Prime Minister Narendra Modi in the eye, and he could not even face me. He is not a chowkidaar (a guard), he is bhaagidaar (indicating that he is involved in the Rafale ‘scam’)”, Gandhi accused.

Further hitting out at PM Modi, Gandhi asserted: “Modi ji only talks to suit boot wale (suited booted) bade (big) businessmen. Those who earned money with medium and small businesses, you robbed them. It’s a reality that you cannot change. You go and help bigwigs, but when it comes to poor, you fail to do anything… Farmers beg for waivers. Finance minister keeps saying ‘no’. Petrol prices are decreasing all around the world, except in India,” Gandhi added.

Before starting his address in the Lok Sabha, Gandhi acknowledged TDP leader Jayadev Galla and said that he could sense his pain. “You are a victim of the fantastic 21st century political weapon and there are many other victims like you. This weapon is called the Jumla Strike. The kisan (farmers), dalits, tribals, youth, and women are also victims of this weapon,” Gandhi said. “Symptoms of the jumla strike is that first there is a great sense of excitement and happiness. After that there is shock and then regret,” said Gandhi.

North, South Korea to Hold Talks on May 16