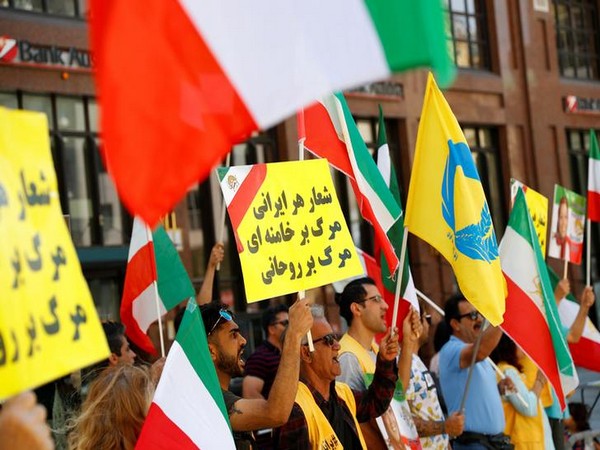 Teachers in Iran are venting their anger against their government’s latest policy to hike the salaries of the teachers from six percent to ten percent for the academic year 2018-19.

Disappointed by the Ministry of Education’s announcement, the teachers and educators have recently launched a protest campaign, where they could be seen holding banners of “No! to Payslips and Salaries”. The demonstration has been gaining momentum in the last few days.

The teachers could be seen tearing up their payslips to show solidarity in the demonstration, as per video footage and photographs, which has gone viral on social media.

This decision came after a long delay and concerns from teacher’s trade union activists, who believe that the increase in salaries does not match the current inflation rate, which is currently rising high due to Iran’s unstable economy, according to local media reports.

Ja’afar Ebrahimi, the Inspector of Coordination Council of Teachers’ trade unions across Iran, was quoted by local media as saying that the protests began on July 11 and would continue for ten days.

He said that Iran’s Education Ministry’s denial to “account for the hardships and demands of the teachers” and Management and Planning Organisation’s (MPO) incapability to provide an “appropriate budget for their salaries” are creating turmoil between the students and teachers in the country.

A teacher, who is participating in the protest, took to social media and said, “I repeat, we teachers are angry. Our irresponsible Minister of Education has only made promises without any action. We’re angry with Omid (hope) fraction (Iran’s largest pro-Rouhani parliamentary bloc) in the Parliament who is only after their self-interest.”

“They made us even more hopeless. We are angry with insulting verdicts meted out to teachers. We show our anger by burning our payslips. We are warning the authorities. Take this anger seriously. They should seek solutions. This verdict is not what I deserve,” she added before tearing up a payslip.

Mass demonstrations are being held outside the offices of Iran’s Education Ministry in Qazvin and Fars provinces.