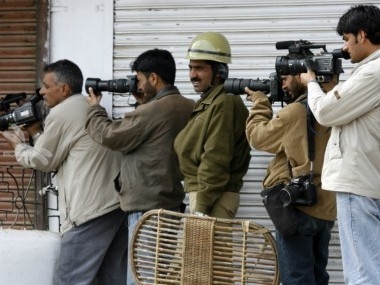 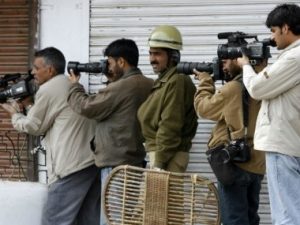 After banning 30 TV channels in the state of Jammu and Kashmir, the Central government has issued an advisory notice for foreign correspondents working in India, asking them to not visit Jammu and Kashmir without prior permission. This move was earlier made in 1990 when insurgency broke out in the Valley.

According to reports,Â the advisory notice issued by the Ministry of External Affairs, states a â€œdormant ruleâ€ that prohibits foreign journalists from traveling to certain areas, including parts of Jammu and Kashmir, without prior permission from the government.

In a letter dated 22 May 2018, the Ministry of External Affairs has ‘reminded’ the foreign journalists of a rule that states that foreign nationals require permission to travel to areas protected under theÂ Foreigners (Protected Areas) Order, 1958. The said order lists out the whole of Arunachal Pradesh, Manipur, Mizoram, Nagaland, Sikkim and parts of Himachal Pradesh, Jammu and Kashmir, Rajasthan, and Uttarakhand as protected areas. â€œTravel to these protected/restricted areas without prior approval/special permission may cause unnecessary access related issues resulting in inconvenience for the journalists,â€ it read.

The Ministry has also asked foreign correspondents to provide advance information in requisite form before their visit to acquire special permit from relevant agencies where it is required.

There were several incidents in the past where foreign academics or journalists were barred from entering Kashmir, including a prominentÂ American broadcaster David Barsamian. Last year, Comiti Paul Edward, a French journalist and filmmaker, was arrested in Srinagar for violating visa norms. He was only released after the intervention of the French embassy, Human right activists and various global organizations.

Venkat Narayan, president of the Foreign Correspondentsâ€™ Club (FCC) opposed the order and stated that India is the largest democracy in the world so the government shouldnâ€™t be imposing any restriction on the media. He also said that they were intending to take this up with the MEA and MHA.

Earlier, many foreign correspondents had travelled to Kashmir in 2014 during the floods. Back then, none of them had taken any permission. The new decision is a shift from their previous policy though it is quite telling that there is no change in the influx of tourists.