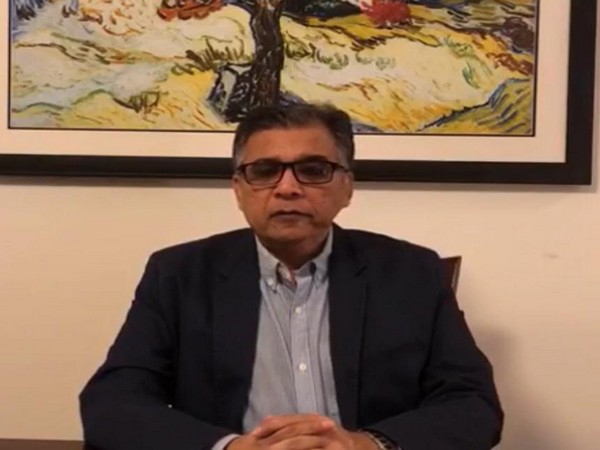 After the allegations of rigging marred recently-held general elections in Pakistan, the Voice of Karachi chairman Nadeem Nusrat has urged the international community to exert pressure on Pakistan to hold fresh polls under the United Nations supervision.

He also claimed that the Pakistan elections were engineered by Pakistani military authorities and that the results were tampered before the announcement.

Speaking to media, Nusrat added, “Pakistani military establishment made the whole electoral process highly dubious right from the beginning of election campaign. Imran Khan and his party, Pakistan-Tehreek-e-Insaaf (PTI) were treated as the chosen one and were offered special privileges, whereas his political rivals were subjected to a systematic campaign of hurdles, intimidation, and defamation.”

The Voice of Karachi is a US-based interest group that represents Urdu-speaking Mohajirs and other people in urban Sindh to get them their due fair in Pakistan where Mohajirs have been mistreated since 1947.

Further elaborating on the issue, the Voice of Karachi chairman stated that Pakistani military establishment heavily used Pakistani judiciary and the so-called anti-corruption body, NAB, against Imran Khan’s political rivals and even jailed his main political foes, the former prime minister Nawaz Sharif and his daughter just a few days before the polls.

Nusrat also said that barring PTI, every other political party in Pakistan is complaining of massive and organized rigging and have categorically rejected the results. “Media reports are also pointing out to electoral fraud and now the reports of international observers and foreign media are also endorsing claims of massive electoral fraud in Pakistan,” he added.

Venting out his anger over allegedly rigged result, Nusrat said that the report of the US State Department too has alluded to reports of widespread irregularities. “Hundreds of thousands of angry voters are out in a number of areas protesting against this fraud but Pakistani media is not allowed to cover this mass agitation,” he said.

The VOK chairman also claimed that the military also dominated the media organization in the run-up to the elections and used every tool at their disposal to stop it from reporting facts.

“Military authorities also targeted media in Pakistan in the run-up to the elections and used every tool at their disposal to stop it from reporting facts. All those TV news channels who gave enormous coverage to Imran Khan and PTI were encouraged whereas those who attempted to adhere to honest journalistic norms were penalized.”

“In Karachi, Pakistan’s biggest city and its financial hub, the dominant political party MQM was forced to divide into factions through a vicious campaign of arrests of thousands of its party members, torture in custody, enforced disappearances, extra-judicial killings and false charges against the party leadership. None-Zero, Azizabad, the center of Karachi’s politics since 1987, still remains sealed since being illegally closed by paramilitary Rangers in August 2016,” he said.

Referring to reports of massive rigging on election day, Nadeem Nusrat added, “The polling was slowed down in all those areas of the country where PTI was not likely to win and this was widely reported by media outlets. Once the voting stopped and vote counting began, security personnel forcibly kicked out polling representatives (polling agents) of all political parties except the PTI from polling stations. Only the security personnel and officials of Pakistan Election Commission were allowed in during the counting and PTI was declared the winner from most of the constituencies. PTI candidates were declared winners in even those constituencies where PTI had no political presence. In Karachi, where most Mohajir voters stayed home as a mark of protest against this massive rigging, those PTI candidates were declared winners with huge margins who had failed to win even local bodies election in December 2015.”

Not only that, Nusrat also stated that a majority of the people residing in Karachi who pay large tax share for running the country were also mistreated during the polls and were forced to boycott the elections.

“Taxes paid by Karachi helps Pakistan to move forward, but this great city is treated by Pakistan’s Punjabi-dominated military establishment as an occupied territory. In this election too, voters in Karachi, a city whose half the population was wiped out in the recent census figures and whose population is badly under-represented, were badly treated and forced to boycott voting altogether,” he said.

In his concluding remark, Nusrat said, “Pakistani military authorities have imposed Imran Khan, an avowed admirer of the Taliban, over Pakistan through undemocratic means. This is a clear mockery of democracy, law and the Constitution of Pakistan.”

Iconic JLF set for Toronto, to add 8th country in 2019