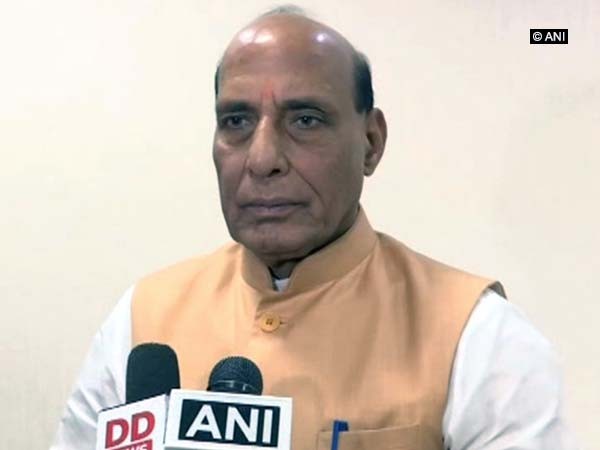 Following the political parties including Congress and Trinamool Congress (TMC) criticised the final draft of Assam’s National Register of Citizens (NRC), Home Minister Rajnath Singh on Monday said that such sensitive issues should not be politicised.

The draft list, which was released today, has left out nearly 40 lakh people in Assam incorporating names of 2.89 crore people out of 3.29 crore applicants. The list has been updated for the first time since 1951, to account for illegal migration from nearby Bangladesh.

Speaking on the same in Lok Sabha, Singh said, “I want to ask the Opposition, what is the Centre’s role in this? It is happening under the supervision of the Supreme Court. Such sensitive issues should not be politicised.”

Earlier in the day, the Congress and TMC cornered the Central Government saying that there are a lot of irregularities in the final draft list.

Congress Member of Parliament (MP) from Assam, Ripun Bora said that the exclusion of names of 40.07 lakh people from the list is surprising and added, “There are a lot of irregularities in the report. We will raise this issue with the Government and in the Parliament. A political motive of Bharatiya Janata Party (BJP) is also behind this.”

TMC leader Sukhendu Sekhar Roy also raised question over the list and said that excluding 2.89 crore people from the list will have serious ramifications on the demography of different states adjoining Assam. He further asked Prime Minister Narendra Modi to give his clarification on this in the Parliament.

Meanwhile, the Opposition leaders created a ruckus in the Parliament over the draft list, leading to adjournment of Rajya Sabha and Lok Sabha till 2.00 and 2.15 noon respectively.