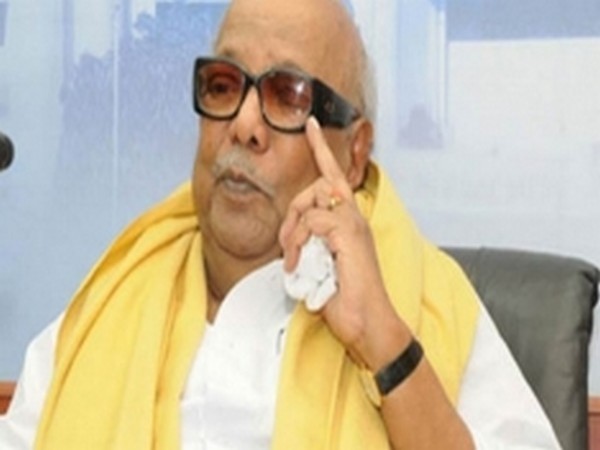 Dravida Munnetra Kazhagam (DMK) working president MK Stalin on Friday asserted that party president and his father M Karunanidhi’s condition is stable and he is responding to treatment.

“There was unexpected setback in his (Karunanidhi) health but after intense medical care, he’s normalising,” Stalin said in a statement.

Stalin further said that his father’s health is being continuously monitored by a team of doctors.

Stalin also appealed to the party workers and supporters to not create any inconvenience for the public.

He urged cadres to cooperate with the security personnel deployed outside the Kauvery Hospital and not indulge in any violence.

According to reports, DMK leaders including Stalin, MK Alagiri, Durai Murugan, A Raja, Kanimozhi, TR Baalu and TKS Elangovan have left the hospital.

The Kauvery Hospital, where ailing DMK chief is admitted had said that the health of the former chief minister of Tamil Nadu is normalising.

Meanwhile, DMK supporters who have gathered outside the hospital said that will stay there till their chief is discharged.

The crowd, who was trying to barge inside the hospital was lathi-charged by the police deployed to avoid or control any unwelcome situation. DMK cadres clashed with police personnel outside the hospital.

Heavy security has beefed up both at hospital and Karunanidhi’s residence.

Before entering the Kauvery hospital, DMK’s east district unit in-charge A Raja urged people not to believe in rumours.

In a statement, Executive Director of Kauvery Hospital, Dr. Aravindaran Selvaraj said, “There was a transient setback in the clinical condition of Kalaignar M Karunanidhi, DMK President and Former CM of Tamil Nadu. With active medical support, his vital signs are normalising. He continues to be closely monitored and treated by a panel of expert doctors.”

Karunanidhi was admitted to hospital on Saturday following a drop in his blood pressure.

The DMK stalwart, who is suffering from fever due to urinary tract infection, was earlier undergoing treatment at his Gopalapuram residence in Chennai. He is on intravenous antibiotics. 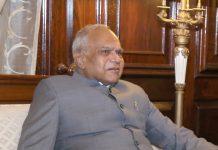 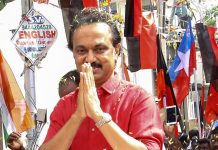