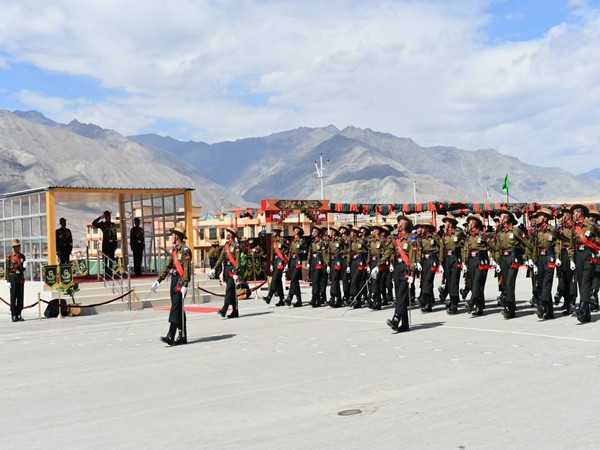 In an impressive Passing Out Parade, 161 young soldiers – hailing from various parts of Ladakh – joined the Ladakh Scouts Regiment of the Indian Army.

The parade was held at The Ladakh Scouts Regimental Centre, Leh on August 1.

The ceremony conducted in consonance with the highest traditions of the Indian Army, was reviewed by Lieutenant General YK Joshi, Ati Vishisht Seva Medal (AVSM), Vir Chakra (VrC), Colonel of the Regiment JAK RIF & LADAKH SCOUTS as the Chief Guest and was attended by a spectrum of military dignitaries, War Heroes of the Regiment and parents of the recruits.

The Young Soldiers took oath in unison to serve the nation.

Later, the Reviewing Officer congratulated them for the impressive parade and urged them to devote their life in service to the nation as proud soldiers of the Indian Army. He also congratulated the parents to have motivated their wards to join the regiment and complemented the Ladakh Scouts personnel for their outstanding performance in all spheres and their exceptional valour and sacrifice while upholding the sovereignty of the nation in Ladakh.

He exhorted the young soldiers to continue to strive hard in pursuit of excellence in all spheres and take a solemn vow to defend the sovereignty of the nation against all odds in the true spirit signified by the ethos of the Indian Army.

During the ceremony, the young riflemen were also awarded medals for their outstanding performance during the training. Gaurav Padak was also presented to the serving and retired personnel of the regiment whose wards joined the regiment as young soldiers. (ANI)