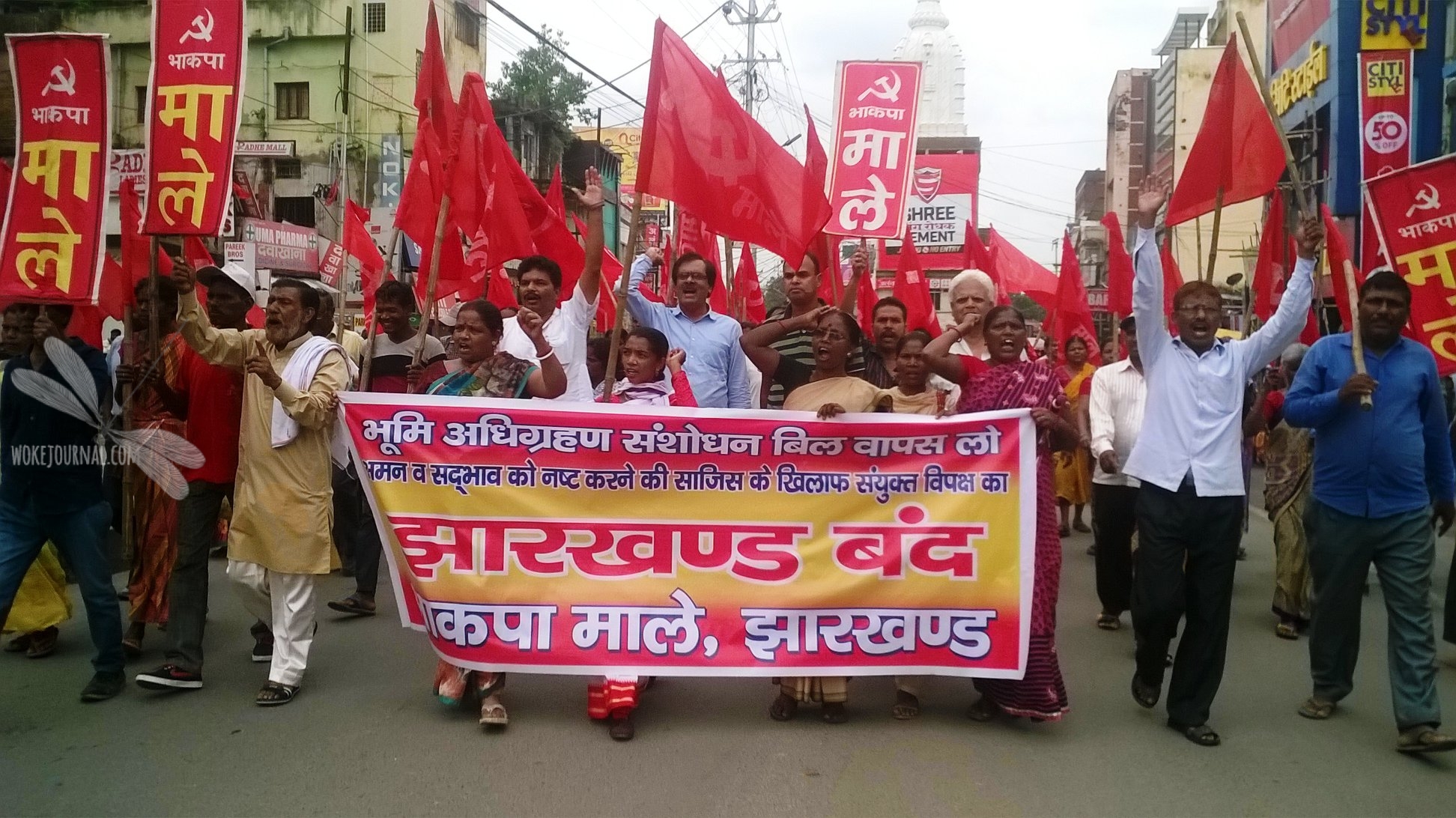 Jharkhand government is charging activists for publishing ‘The Provisions of the Panchayats (Extension to Scheduled Areas) Act’ (1996) or PESA on a pathalgadi (stone slab) at the entrance of villages in the state.Â Among those booked is Stan Lourdswami (Stan Swamy), erstwhile director of Indian Social Institute who mentored hundreds of students and youngsters and was instrumental in making them social activists.

On 28th July, 2018, 19 Adivasis including Stan Swamy were arrested by the Jharkhand police under desh droh (sedition) charges. First Information Reports (FIRs) were filed accusing the activists of supporting the autonomy movement taking place among adivasis in Jharkhand and neighbouring states of central India. Other ‘crimes’ included erecting stone slabs listing the powers of Gram Sabhas as per PESA Act, 1996 and declaring their right to self-governance.

The Pathalgadi movement in the highly miltarised villages of Jharkhand saw activists erecting green stone slabs on which constitutional provisions were carved. The movement that is now more than a year old, has also spread to neighbouring states of Chhattisgarh and Odisha.

The movement was significant since it struck panic in the hearts of the ruling governments and threw light into the constitution of the country – something that successive state governments took turns in violating. The militarisation of these lands had roots in illegal minings and other such business activities that thrive on adivasi land, and not naxalism as indicated in the state versions that emerge at the occurrence of ‘encounter’ killings. Jharkhand and other tribal areas are subjected to attacks by many big companies who try to snatch their lands from them. The instances of state killings, arrests etc. ensure that dissent is silenced at all times.

At the heart of the movement, however, is a bigger demand. The tribals are asserting their right for self-rule. Adivasis joined the movement emphasising the fact that the customs and practices of their community can never be accepted or understood by the state. They stressed that rule of the state would only lead to violations of adivasi practices.

According to PESA, “Every Gram Sabha shall be competent to safeguard and preserve the traditions and customs of the people, their cultural identity, community resources and the customary mode of dispute resolution.”These assertions are threatening to the state when it comes to profitable avenues like land ownership, coal and mineral businesses etc. Chhota Nagpur Tenancy Act (CNTA) for example, recognizes the Mundari Khuntkattidarsâ€™ special collective ownership of the land where adivasis and not the state hold the ownership of the land. There have already been attempts to change this Act which faced resistance from the tribal people, their leaders and representatives.

Stan Swamy, in a note written and published after his arrest explained the need for the movement in unambiguous words, “Rich minerals which are excavated in their land have enriched outsider industrialists and businessmen and impoverished the adivasi people to the extent that people have died of starvation. They have had no share in what is produced. Also, the laws and policies enacted for their well being are deliberately left unimplemented. So they have reached a situation where they realise â€˜enough is enoughâ€™ and are seeking to re-invent their identity by empowering their gram sabhas through Pathalgadis.”