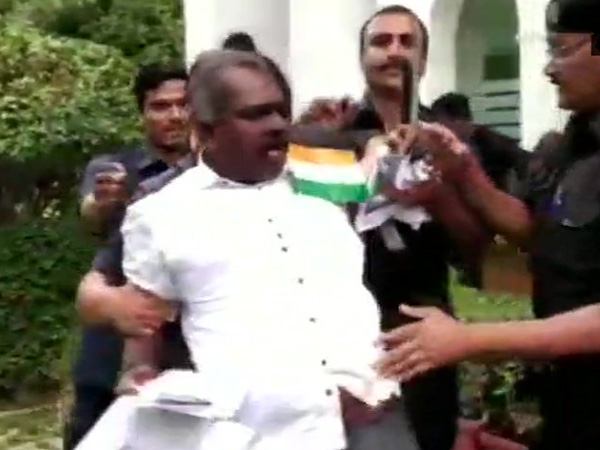 A man, carrying a knife, was pinned down by officers on duty outside Kerala House after he attempted to barge into the premises on Saturday.

The man was detained for creating a ruckus outside Kerala House, at a time when Kerala Chief Minister Pinarayi Vijayan was present inside.

However, the man, who was filmed screaming outside the building, said he did not want to say or take anything from Vijayan. He was also carrying a bunch of papers and claimed that his issues were not addressed in spite of him approaching the highest authorities.

When asked about the details, security personnel said the man was 80 percent mentally unstable and has been sent to the Institute of Human Behaviour and Allied Sciences.

This is the second such incident of the day, where an individual was caught breaching VIP security blanket.

Earlier in the day, a man named Murfas Shah drove his car into the residence of former Jammu and Kashmir CM Farooq Abdullah in Jammu and was subsequently shot dead by officers on duty.