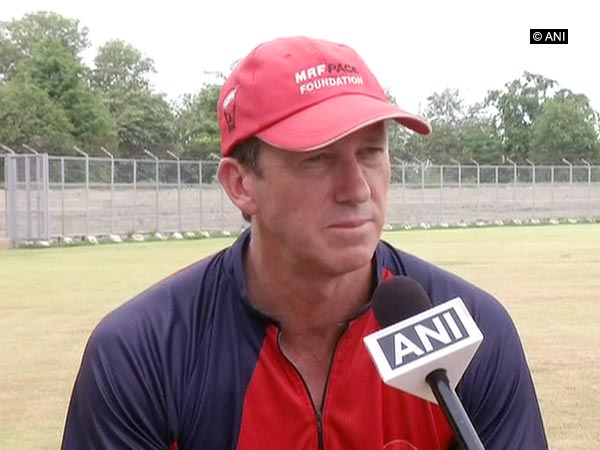 Former Australian fast bowler Glenn McGrath on Monday said that India’s upcoming encounter with England in the second Test of the ongoing five-match series is going to be a tough one, especially after losing the opener.

In an exclusive interview to the media, McGrath said, “It is going to be a tough challenge for the Indian team and there is no doubt about it. They have gone down one-nil against the home team which will make it difficult for them.”

The 48-year-old, however, said that India has proved themselves in the past and that they are capable of putting up a good performance.

“Virat showed that he can still score runs there, while Ishant also took five wickets. So, India have to find a way for rest of the team to perform well. They have got the ability to create chances to bowl the team out. So, it is going to be a good challenge,” he added.

Reflecting on Indian skipper Virat Kohli’s performance in the first Test, the former Australian bowler said that he is a quality player and deserves to be the number one batsman in the world.

The legendary bowler, however, hesitated terming Kohli as the `all-time great` as he believes that the Indian skipper is just halfway through his career and at the moment he is just a quality player.

Commenting on India’s chances during their upcoming tour to Australia, McGrath admitted that the absence of suspended former skipper Steve Smith and former vice-captain David Warner from the team would be an advantage for the Indian side and it is likely to create a huge difference.

India are scheduled to visit Australia for three-match T20I series, four Test matches, and three ODIs later in the year.

On a related note, India are slated to take on England in the second Test of the ongoing five-match series, beginning August 9 at Lord’s.

A mission to ‘Green’ India Over the Next Year