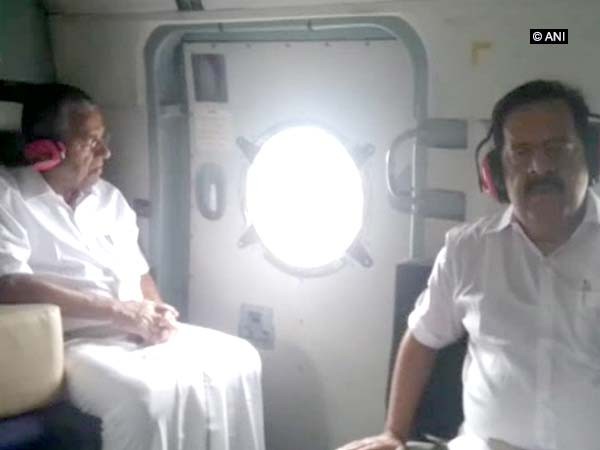 At the time when the heavy downpour is causing havoc in Kerala, Chief Minister Pinarayi Vijayan, along with Opposition leader Ramesh Chennithala, on Saturday conducted an aerial survey of the flood-ravaged parts of the state.

Within a span of one week, as many as 29 people have lost their lives across the states, along with scores of cattle deaths.

Heavy rainfall has led to the flood-like situation across districts like Idukki, Wayanad, Kozhikode, and Ernakulam.

The Kerala State Electricity Board (KSEB) also opened all the five shutters of the Cheruthony dam on Friday, in order to release the excess inflow of the water deposited in the catchment areas of the reservoir from the past couple of days.

The floodgates were opened to increase the water flow into the dams to 2401.16 feet, with its full reserve level being 2403 feet.

In the wake of unprecedented rainfall, Prime Minister Narendra Modi, over a telephonic conversation with the Kerala Chief Minister, took stock of the situation and offered to provide relief in the affected regions.

Apps to Ensure Online Safety of Children may be Counterproductive