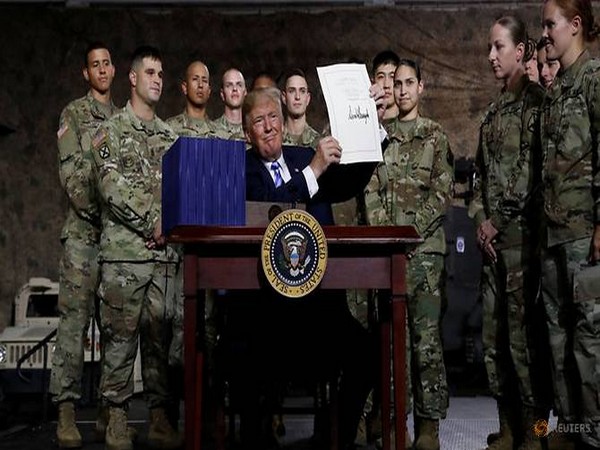 United States President Donald Trump has signed a US$716 billion defence policy bill that authorises tougher regulations on foreign investments in the country.

“It was my great honour to sign our new Defence Bill into law and to pay tribute to the greatest soldiers in the history of the world: THE U.S. ARMY. The National Defence Authorization Act is the most significant investment in our Military and our warfighters in modern history!,” the US President tweeted.

The bill was signed at the U.S. Army’s Fort Drum base in New York following a 12-day vacation and is named after one of his political critics and senator from Arizona, John McCain. However, Trump paid no heed to the ailing senator as he simply termed the bill the “National Defence Authorization Act” at Fort Drum, the CNN reported.

Expressing his delight over the passing of the bill, Mccain issued a statement, saying, “I’m proud the NDAA is now law & humbled Congress chose to designate it in my name. As Chairman of the Armed Services Cmte, I’ve found high purpose in service of a cause greater than the self-the cause of our troops who defend America & all that she stands for.”

However, Trump touted the $716 billion bill as “the most significant investment in our military in our warfighters in modern history.” The US President said that he feels extremely proud to be a big part of it.