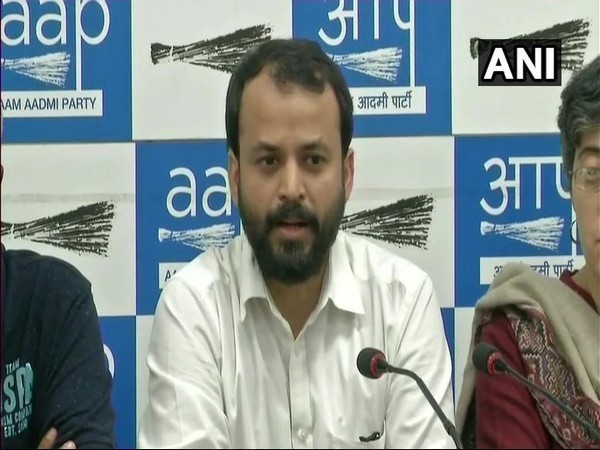 Journalist-turned-politician Ashish Khetan, who is the latest to join the list of leaders who stepped down from the Aam Aadmi Party (AAP), has said that he parted ways from the Delhi Chief Minister Arvind Kejriwal-led party on personal grounds.

Khetan resigned from the party on August 22. Kejriwal, however, is yet to accept it.

On being asked if he is joining any other party, Khetan asserted that he has no such plans. Khetan told ANI that he is planning to practice law fulltime. “I am unable to devote my time and efforts for the uplifment of the party as I have joined the Bar Council. I don’t want to continue with the organisation just for name sake.”

“Early this year I made my decision to quit active politics after much deliberation and in consultation with family and close friends. However, since both the party and the government were beset with a series of crises, I waited for an opportune time to formalise my decision. I had also informed the party leadership about my decision, on more than one occasion,” he added.

Kehtan’s resignation came a few days after Ashutosh, who was one of the founding members of the AAP quit the party. Both the leaders, Khetan and Ashutosh, shared a good rapport with Kejriwal.

Khetan stepped into the world of politics in 2014 by joining AAP. He also fought 2014 general elections from New Delhi against Bharatiya Janata Party’s Meenakshi Lekhi but lost by a margin of 1,62,708 votes.

Earlier this year, the party’s two prominent faces Prashant Bhushan and Yogendra Yadav were sacked from the organisation for their divergent views. Later, both the leaders formed their own political outfit named the Swaraj Abhiyan.