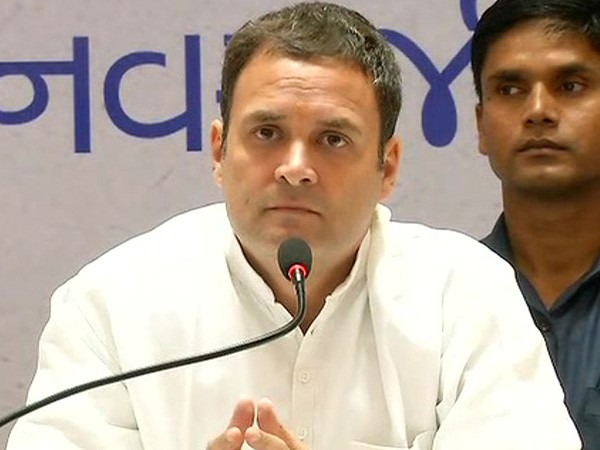 Congress leaders are going to pressurize the Government so that Kerala people get their compensation as soon as possible and citizens face minimum discomfort, said party president Rahul Gandhi on Tuesday evening while addressing people at a relief camp in North Paravur.

“The Government owes you compensation and Government has to help you build your houses. We are in opposition and it is our job to make them do their duties. Every single Congress leader is going to pressurize the Government so that your compensation is paid as soon as possible and you face minimum discomfort,” he said.

Talking of problem being faced by people in camps, the Congress president said, “The immediate problem in all the camps is that people are saying their houses are damaged, there is a lot of mud and dirt in their houses and people have lost their papers. So I have told all the Congress workers and leaders to help them build their houses, to assist them to clean it and to help with all the papers that have been lost so that people can get the paperwork done.”

The Gandhi scion also applauded people for facing this tragedy with unity and strength.

Congress president Rahul Gandhi is on a two-day visit of flood-hit Kerala. He reached the flood-ravaged state on Tuesday morning and will take stock of the situation in the Wayanad district on Wednesday.