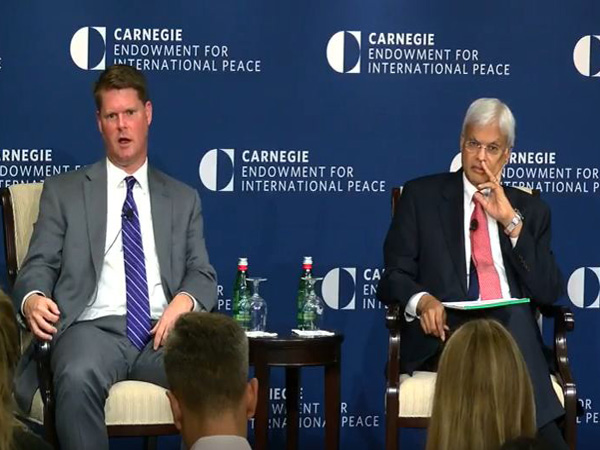 Assistant Secretary of Defence for Asian and Pacific Security Affairs at the US Defence Department, Randall G. Schriver in conversation with Ashley J. Tellis at the Carnegie Endowment for International Peace here said that waiver for India from Russian sanctions for future purchases cannot be guaranteed.

Schriver said, “We understand historical India-Russia relationship. We want to have a conversation with India not on legacy, but on future. On CAATSA, Mattis did plea for an exception for India, but I can’t guarantee a waiver will be used for future purchases.”

“Russia is not a country you want to have a strategic partnership,” he added. He further asserted that CAATSA was the result of Russian behavior, not Indian.

Regarding India’s S-400 purchase from Russia, Schriver called the deal troubling and said that the use of the waiver cannot be guaranteed as that call would be taken at the highest levels of our government.

He also addressed the Iran sanctions, given Indo-Iran relationship. He said that the US will sit down with “Indian partners” and leave the discussion for the future.

Schriver said that the upcoming inaugural 2+2 dialogue, which is slated to be held next month, would advance the bilateral ties between India and the US.

He added that the dialogue would also help to facilitate the strategic partnership between the two nations to the next level.

The 2+2 meeting would cover a broad range of bilateral, regional and global issues of shared interest, with a view to strengthen security ties between the two nations.