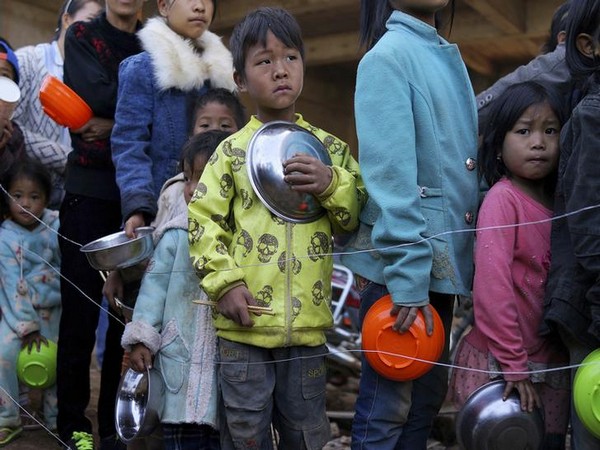 Quoting a research by well-known Chinese economist, Ye Tan, who recently published an article that has been circulating on the Internet, Chinascope said: “On July 18, the national summer grain production data that the National Bureau of Statistics released showed that the total summer grain production was 138.72 million tons in 2018, down by 3.0 per cent or 3.06 million tons from 2017. On August 10, the Committee of the Market Early Warning Experts of the Ministry of Agriculture and Rural Affairs released an analysis of the supply and demand situation as to China’s agricultural products in August 2018. The analysis predicted a shortage of corn production from 2018 to 2019 with the ending balance down by 17.75 million tons. The gap had grown from the previous year.”

“In addition, as of August 15, the projected wheat purchase in the main producing areas was 41.059 million tons, a year over year decrease of 20.331 million tons. Among the three provinces of Henan, Anhui and Hubei, there was a sharp decline of 55.1 per cent in Henan and 45.9 per cent in Anhui. In Henan, the production accounts for about a quarter of the country’s wheat production,” Chinascope said. The reduction in summer grain and in wheat production is alarming.

According to the National Grain and Oils Information Centre, China’s corn, rice and wheat production will suffer a reduction of 8.08 million tons, 5.545 million tons, and 7.867 million tons respectively in 2018 compared to 2015.

“At present, China imports 95.53 million tons of soybeans every year. The self-sufficiency rate is less than 20 per cent. In the case of corn, China also imports about 760,000 tons from the U.S., accounting for one-quarter of total imports. As the trade war escalates, a food shortage crisis will surface”, says Chinascope.

At the same time, there are reports on fires that have broken out in grain warehouses. Regarding the most recent one, coincidentally, the timing was that the fire occurred after the party issued a notice on July 23 that it would perform an inspection of the grain warehouse.

In less than a week, at 8:00 am on July 29, a fire broke out in the No. 1 storage warehouse of that Datong Grain Reserve in Weinan City, Jilin Province.

Afterwards, the local official said that the fire had nothing to do with the upcoming audit. Four days before the incident, the Central First Inspection Team had just entered the site for inspection. In another coincidence, the five cameras in the granary failed just before the fire due to wind, electrical appliances, and other reasons.

In March of this year, there was a fire at the Jiaozuo grain warehouse in Henan Province. The staff of the Central Grain Reserve also denied that the fire was related to the inspection of the national grain clearing warehouse.

The non-profit organization said in its research, “In recent years, the China Grain Reserves Corporation has been accused of becoming a very large base of corruption. The authenticity of the grain production data has been questioned for many years. According to the official data, it is estimated that China’s grain output has been overstated by a minimum of hundreds of millions of tons”.

Thunderstorm Kills 8 in UP