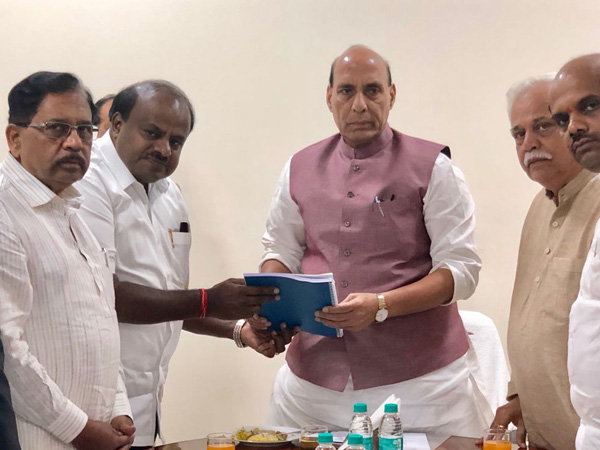 Kumaraswamy was also accompanied by Deputy Chief Minister G. Parameswara along with ministers R.V. Deshpande and B. Kashempur.

On August 24, the Chief Minister had wrote a letter to Prime Minister Narendra Modi and requested for a financial aid of Rs. 2,000 crores for the relief and rehabilitation process.

Several districts of Karnataka including Kodagu, Dakshina Kannada, Hassan, Chikkamagaluru and Shivamogga incurred a heavy damage caused due to flooding and landslide. At least 17 people have also lost their lives and 2,200 houses were damaged due to the flash floods.