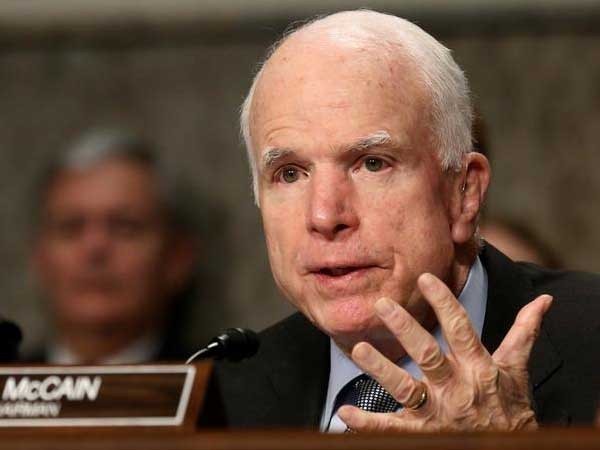 McCain, who would have turned 82 on this day, is the third person in 40 years to lie in state at the Arizona Capitol in Phoenix. Two others, who have lain in state in that building, were Senator Marilyn Jarrett in 2006 and Olympic gold medalist Jesse Owens in 1980.

While mourners paid their respect to the late senetor, wife Cindy McCain and daughter Meghan McCain were seen breaking down before his casket during the memorial service, reported CNN.

According to CNN, McCain in a farewell letter that he wrote before his death to the people of America, urged the citizens to “believe always in the promise and greatness of America”.

“We are citizens of the world’s greatest republic, a nation of ideals, not blood and soil. We are blessed and are a blessing to humanity when we uphold and advance those ideals at home and in the world,” the late lawmaker wrote.

“I lived and died a proud American. We are citizens of the world’s greatest republic, a nation of ideals, not blood and soil,” he added.

John McCain passed away on August 25 at the age of 81 after a prolonged illness.