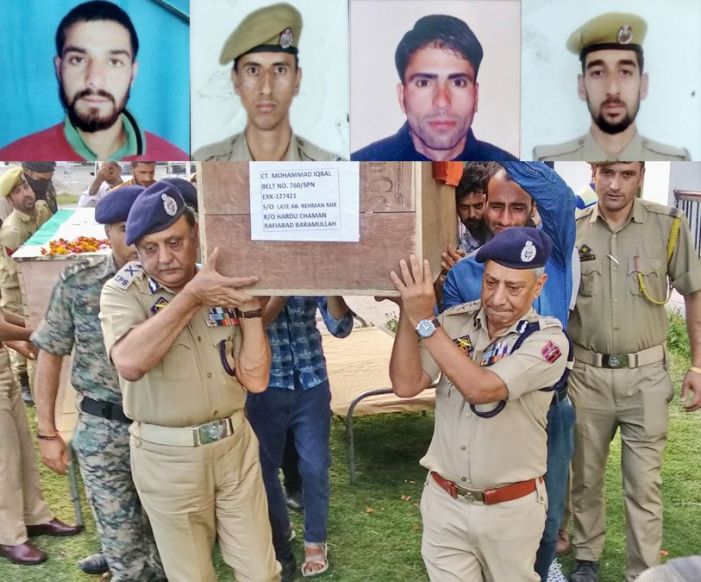 In broad daylight, militants shot dead four policemen at Arhama village on the outskirts of Shopian town Wednesday afternoon. The incident took place at about 3:30 pm near the HDFC Bank branch at Arhama.

According to police sources, five cops had come to a mechanicâ€™s shop for repairs of their Rakshak vehicle.

According to eyewitnesses,Â four masked militants, who were in a car came close to the shop and then immediately started shooting at the policemen, who were standing outside the vehicle. All the four cops died on the spot, while one cop survived the attack as he was inside the vehicle.

Police sources said that the policemen were part of the escort team of the Deputy Superintendent of Police, headquarters, Shopian.

Soon after the attack, government forces reached the spot and started to ransack property, beat up people, and smashed the windshields of parked cars. They also restored to aerial firing, people said.

Soon after the attack, shops and business establishments shut down while chaos spread in the town. The bodies of the cops were taken to Balpora army base of 12 RR, from where the bodies were airlifted to police control room Srinagar.

Meanwhile, Jaish-e-Mohammad has claimed the responsibility of the attack, saying its cadres along with Hizbul Mujahideen militants carried the attack.