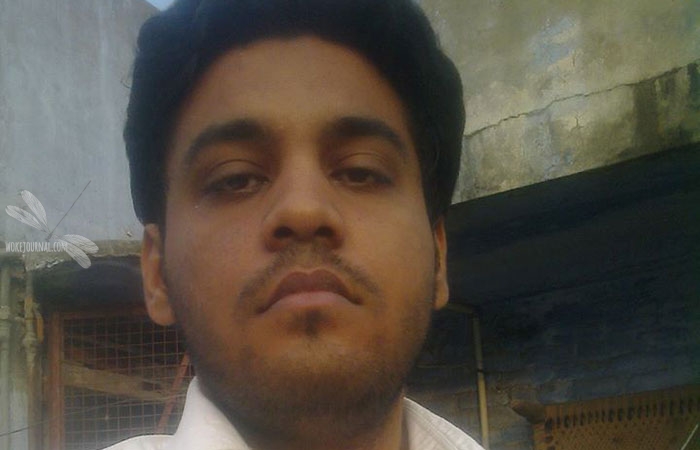 The Central Bureau of Investigation (CBI) has decided to file a closure report of the case of Najeeb Ahmed, the JNU student who went missing since 15 October 2016. The case was handed over to CBI on May 16, 2017, by the Delhi High Court. The High Court had condemned the inefficiency of Delhi police and the expressed its dissatisfaction over the investigation that was done so far and directed the CBI to take the case up. The CBI continued the investigation since then and on September 4, 2018, informed the High Court that they have probed and exhausted all possible angles and are moving towards a closure.

Najeeb Ahmed, a student from the School of biotechnology in JNU, joined the University in July 2016. A resident of the Mahi Mandavi hostel, Najeeb reportedly was beaten up by the activists belonging to the Akhil Bharatiya Vidyarthi Parishad (ABVP) at night between 14th and 15th October in his hostel. The ABVP alleged that Najeeb started the scuffle by slapping one of them but in the ensuing fight Najeeb was encircled by the ABVP members and badly beaten up. The wardens intervened and complaints were filed by both sides. In the early hours of 15th October, the ABVP members also filed a police complaint against Najeeb. Najeeb was taken to the All India Institute of Medical Sciences (AIIMS) for treatment. Same night distressed with the entire incident, he called his mother Fatima Nafees in Badaun, UP and asked her to come. She left for Delhi immediately and reached JNU around noon, the next day. Najeeb was not in his room. Since then no one could trace the whereabouts of this student till date.

The investigation by Delhi Police as well as the JNU administration to trace Najeeb in the initial phase had remained highly problematic and inadequate. The police did not search the campus premise or used sniffer dogs for a month until it was directed by the High Court after Fatima Nafees approached the Court alleging laxity in the police investigation. Major protests erupted in JNU campus, but the administration also refused to probe the role of the 9 ABVP activists who were named in the complaint. 26 witnesses deposed before the JNU administration and their names were given to the police as well, for investigation.

The Delhi Police after a few months of futile investigation, came up with a theory, that Najeeb had taken an auto and went towards Jamia Millia Islamia. Later they again said he has been sighted in Darbhanga, Bihar. The family and friends of Najeeb outrightly rejected these claims and said these claims were made to give a communal colour to his disappearance. In fact, CBI after taking up the case refuted these claims too and stated that these were fabricated by the Delhi Police and the so-called testimony of the auto driver was also coerced.

However, a concerted communal campaign was going on in a section of the media as well around Najeeb. On March 21, 2017, a leading Indian daily Times of India carried a front page news, where quoting the Delhi Police the newspaper claimed that Najeeb was browsing about ISIS, its organization, execution and network and how to join them, just before disappearing.

Following an outrage and also other media houses probing the news, the Delhi Police denied any such information. Inspector Madhur Verma, DCP South Delhi gave a media release, saying they never asked Google or youtube to provide the details of Najeeb’s search history, nor have they filed any such information to the court. Although Times of India published this statement of Madhur Verma in a standalone innocuous corner of their paper, they never retracted the main story. Some other electronic media houses also ran a story based on the Times of India report. In March 2018 Fatima Nafis filed a defamation suit, demanding damages worth Rs. 2.2 crore and retraction against Times of India, Delhi Aaj Tak, Times Now and individual reports of Times and India Today groups. These cases are continuing with the Delhi High Court.

Laxity of the CBI Investigation

When CBI took the case on May 16, 2017, the family of Najeeb was hopeful that the biggest investigative organization of the state will be able to make a breakthrough in the mysterious disappearance of Najeeb. However, the initial enthusiasm of CBI, when they had discarded the investigation of Delhi Police and had sought to start a new investigation afresh, soon petered out.

By October 2017, the High Court admonished the CBI for not showing proper intent in tracing Najeeb. The Court accused CBI of laxity and directed them to expedite the enquiry. In the subsequent hearing on the case in December 2017, the lawyer of Fatima Nafis Colin Gonzalves argued that the CBI is not investigating the 9 people accused of assaulting Najeeb the night before he disappeared. The CBI proposed polygraph tests for these 9 accused which they declined. But Gonzalves argued, even if a polygraph test is not held, they should be taken into custody and interrogated and their phone details checked.

On February 2018, the High Court directed the CBI to check the call and other details of these nine accused in a Forensic Laboratory in Chandigarh. The CBI made inordinate delay in doing even that and at the end declared that while 5 of the 9 phones have come clean without any evidence against their owners, four of the phones could not be opened as the FSL was unable to crack their pattern lock.

Finally, on 4 September 2018, CBI expressed its inability to make any headway in the case and therefore sought to close the case. The news of CBI giving up on the case has dismayed Najeeb’s friends and family. Advocate Colin Gonsalvez has stated that they will challenge the closure and demand that the CBI interrogates the 9 accused in custody.

Fatima Nafis told the TWJ, “I was devastated when the CBI talked about filing the closure. A student simply disappeared in broad daylight from a premiere university in Delhi and neither the Police nor the CBI which supposedly the most competent Investigative agency was able to crack the case even remotely. This is because they are not showing the right intent. Why are they avoiding interrogation of the ones who are accused of brutally attacking Najeeb a day before he disappeared? Who are they trying to shield? Be it JNU administration, or Delhi police or now even CBI has shown any integrity to find my son and punish his assaulters. But I will not accept this closure and I shall continue my fight for justice.”

Fatima Nafis held three protest demonstrations against CBI, before its headquarters in the last two years. Nadeem Khan associated with the platform United against Hate, which has been participating in all the protests and movements for Justice for Najeeb told TWJ, “Earlier the CBI used to meet us and assure us that they are on the case with sincerity. But now they have stopped meeting us altogether. They barricaded the CBI gates and did not let us meet the officials to seek the status of the case, in the last protest that was held on the 31st of August. The CBI in between called some of us, who have never met Najeeb but have been the part of the protest programmes to demand justice for him, but they did not interrogate the ABVP goons who assaulted Najeeb. Moreover, they did not even call the prime witnesses who were present in the spot that day. This shows that they are not only lackadaisical in their investigation, but are deliberately trying to safeguard those who assaulted Najeeb The closure is also a marker of CBI conceding to the ruling regime, which is protecting the accused from ABVP”.

The High Court bench consisting of Justices Muralidhar and Vijay Goel has reserved its orders on the closure till the next hearing.