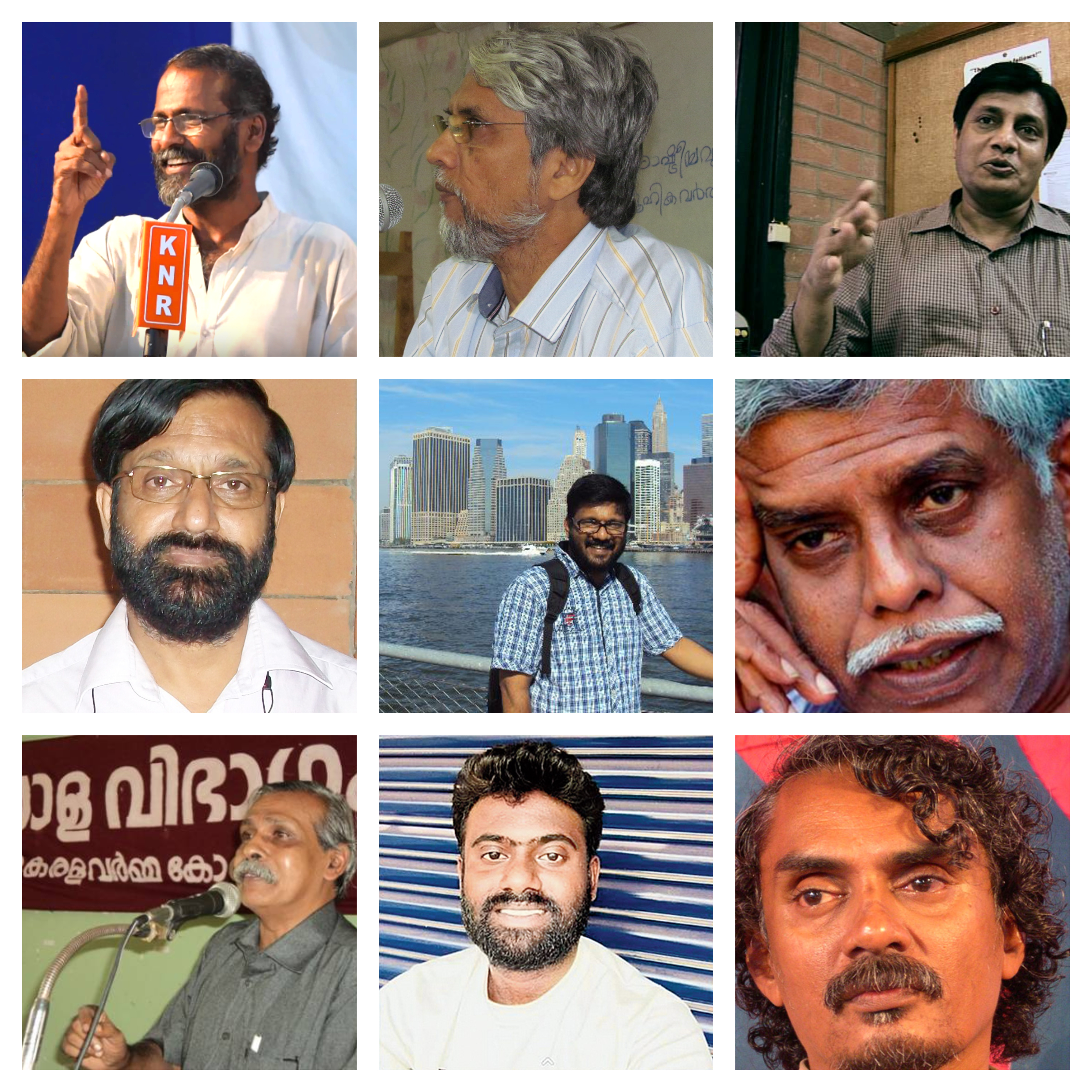 Prasad Pannian, a professor at the Central University of Kerala was suspended from the post of Head of Department of English and Comparative Literature by the administration for putting up a Facebook post in support of a student, who was arrested from the campus. It was on Friday, that the Vice-Chancellor signed the suspension order which was publicised through Whatsapp.

The issue leading to the incident happened on August 11 when Prasad put up a post on his Facebook wall, extending solidarity to Ganthoti Nagaraju, a Ph.D. student from his department. Nagaraju, a Dalit research scholar was arrested and remanded by the police on August 9th on charges of breaking glass panes in the hostel. He was an active member of Ambedkar Students Association.

Condemning this arrest, Prasad wrote on his wall, “An act of misdemeanor has been criminalized is deeply disturbing. As far as I understand, this is a minor offense that should have been settled on the campus itself. Mr. Nagaraju lost his mother a few months back and has been going through severe mental stress and agony for the past few months. He has also not been receiving his fellowship for quite some time. It is extremely saddening to know that our student is lying on the cold floor of the prison cell on charges of breaking a glass pane.”

As per the suspension order issued by the VC, the accusation against Prasad is that he had criticised the decision of University and published his comments in social media. This is in violation of CCS Conduct Rules 1964 adopted by the University vide Ordinance No.34 and warrants Disciplinary proceedings against him.

On the same day,  Akhil Thazheth, a student was also dismissed from the University for a fictional Facebook post. Action taken against anyone who raises dissent has become the everyday reality of this campus. Within the past one year, the university has become notorious for the anti-student activities of the administration. There is a widespread uproar in social media regarding the decision to remove him from the post.

Responding to The Woke Journal, Sunil P Elayidom said, “Prasad’s post was against the arbitrary decision to arrest a Dalit student G Nagaraju for a trivial issue. Isn’t that how an empathetic teacher shall respond? I find it scary that our universities are becoming spaces where such acts are seen as a criminal offense. I don’t see this as an isolated incident. I see it at a larger dimension where voices of dissent have always been brutally eliminated in the central university campuses. This situation is alarming.”

Meanwhile, activists, intellectuals and academicians came up with a joint statement condemning the incident. “If we want to remain the citizens of a democratic society, we should resist the fascist forces that are bent on the silencing of every opposing voice. We strongly condemn the action taken against Dr. Prasad Pannian. We demand that the action is withdrawn with immediate effect,” the statement read. The statement was signed by KP Ramanunni, TT Sreekumar, KEN, Civic Chandran, Kalpetta Narayanan, P K Poker among others.

Student Organisations too condemned the action of the admin. “University is deliberately trying to oppress every voice that comes in favor of student community and this has grown to an extent that, when faculty members dissent about unlawful activities, they face harassment and suspension,” responded SFI-CUK Unit.

While ASA-CUK unit responded that, “University administration has never been student friendly. Delimiting student voices criticism with oppression has been the Sanghi administration’s way of disrespecting the constitutional right to freedom of opinion and expression.”

As clearly revealed, the particular incident is not the first of its kind in the campus. Students accused that the administration is tactically trying to remove any opposing voices through such actions. 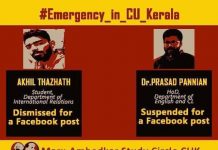 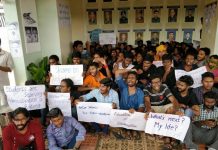