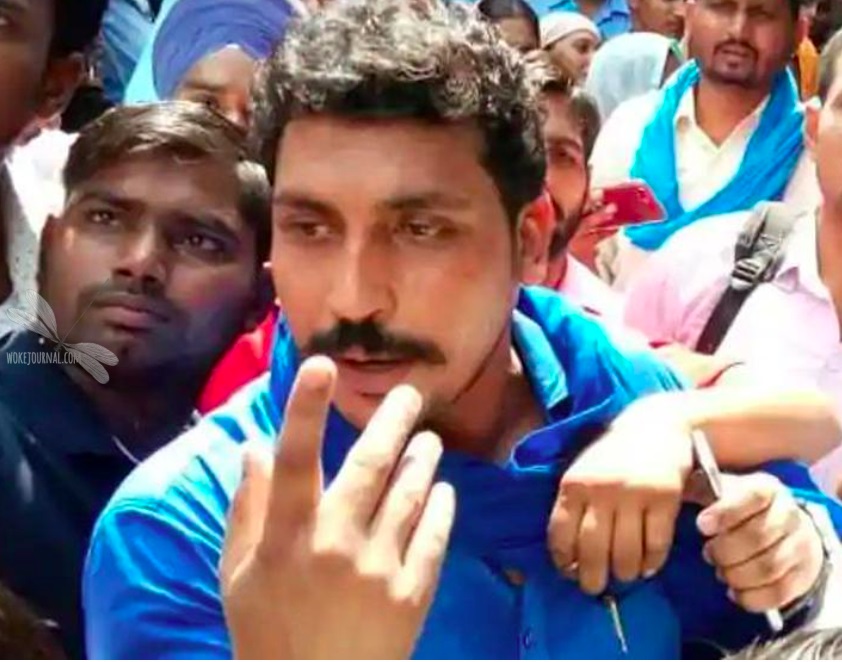 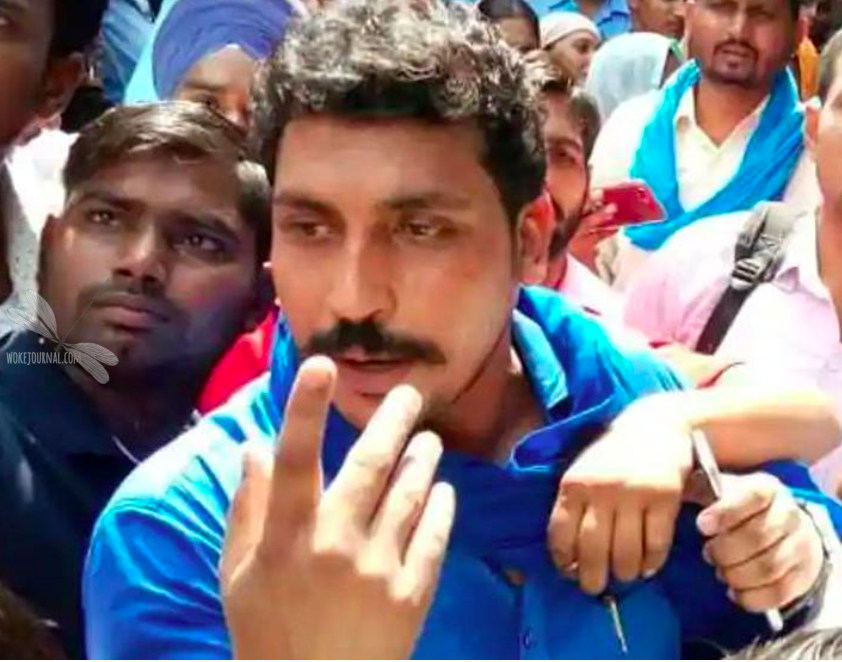 There was jubilation unbound in Chhutmalpur village in Saharanpur since the midnight hours of 14th September, Friday. In an unexpected move, the UP government withdrew the charges of the draconian National Security Act (NSA), from Chandrashekhar Azad ‘Ravan’, the founder of Bhim Army. The 31-year-old lawyer was lodged in Saharanpur Jail since June 2017 after he was arrested in connection with alleged violence that happened in Shabbirpur village in Saharanpur in May 2017.

Chandrashekhar along with 110 others was booked under 147 (for rioting), 148 (rioting armed with deadly weapon) and 153A of the Indian Penal Code. He was arrested from Himachal Pradesh by a Special Task Force on June 8, 2018. The Allahabad High Court granted him bail in November 2018, but immediately he was booked under NSA prolonging his incarceration. He was in all likelihood going to be granted bail by October 14, as the UP Police were unable to defend their move to impose NSA on him. But the UP government moved early and responding to a clemency petition moved by his mother, they decided to release him on ‘sympathetic grounds and because of the changed situation’.

As a result of this move, Chandrashekhar walked out of the jail on 14th September at 2.30 am. Even in such wee hours of the night and at such short notice, thousands of his followers and fellow activists of Bhim Army had gathered outside the jail gate. According to people present there, he came out to deafening slogans and cheering. As he was taken to his native village in a police vehicle, the crowd followed him on bikes with loud slogans. Since the morning of 14th September, the crowd outside his house swelled. The celebrations continued for the whole day.

Chandrashekhar’s release led into speculations about the intention of the Yogi Adityanath led UP government, which is otherwise notorious for its anti-Dalit stances. The media speculated that Yogi has moved for an early release of Chandrashekhar in order to make a dent in the consolidation of Dalit votes under the leadership of Bahujan Samaj Party leader Mayawati, as well as in her proposed alliance with Akhilesh Yadav’s Samajwadi Party in the upcoming General Elections of 2019.

However, Chandrashekhar Ravan’s first public address after his release bungled all conspiracy theories. The young Dalit leader in his firebrand speech declared categorically that 2019 will be a fight against the incumbent BJP government he vowed: “to uproot the dictatorial BJP government.” He stated that he will fully support and campaign for the SP and BSP Mahagathbandhan (Grand Alliance). He further told the media, that “the BJP government cannot be trusted. Everyone under their regime is facing atrocities except for a few capitalists.”

Such assertion from Ravan enthused his followers and fellow activists of Bhim Army too. Nakul Singh Sahwane, a Delhi based filmmaker and founder of the digital media platform Chalchitra Abhiyan which is very active in Western UP, told TWJ that “the mood in Chitmulpur is electric. There had been a constant flow of people since last night. People have come from all over UP as well as from other states like Haryana and Uttarakhand too. The mood of the people is palpably anti-BJP here and it is going to take a massive shape in the days to come.”

Many were skeptical about the Uttar Pradesh Government’s motive.

Pradeep Narwal (28), an ex-student from JNU who is from Haryana and the Convenor of Bhim Army Defense Committee, a platform formed to provide legal support to the incarcerated Bhim Army activists, said. “The Yogi government had no choice,” said Narwal who sounded both excited and emotional. “They knew they cannot defend the imposition of NSA on him any longer and therefore Yogi tried to feign magnanimity by releasing him a month before his due date. They are desperate because of the Dalit votes slipping away from them. But look how scared they are of him. They deliberately made this entire process very quick and released him in the midnight to prevent even greater masses of people to reach the jail gate when he had walked out. Had we got a little more time the Jail gate would have been flooded with people. Chandrashekhar has made his political stand absolutely clear that he is going to fight against the current BJP governments in the Centre and the state.”

Chandrasekhar’s incarceration was not a smooth one. In October 2017, he fell ill and complained of acute abdominal pain. He had to be rushed to the Lucknow district hospital and later to Rampur district hospital. His health deteriorated for some time and he had to remain wheelchair-bound for more than a month.

The Bhim Army had carried out a series of protests and demonstrations against the prolonged incarceration of Chandrashekhar. In November 2017, hundreds of women from Ramnagar village sat on a prolonged hunger strike against Ravan’s incarceration. Massive demonstrations were held in Saharanpur and Delhi repeatedly since the last one year.

Later on April 7, 2018, Chandrashekhar declared a staggering hunger strike demanding the amnesty for the Dalit activists who were detained and booked on April 2, when a Bharat Bandh (All India Strike) was called against the dilution of SC/ST Prevention of Atrocities Act. Even while in incarceration, Chandrashekhar also had declared his support for the Mahagathbandhan candidate Tabassum Hasan in the Kairana by-polls in May 2018. Tabassum won the election with an impressive margin. 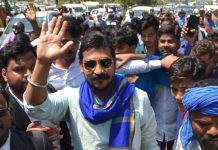 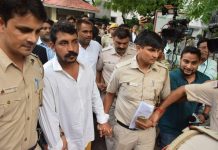