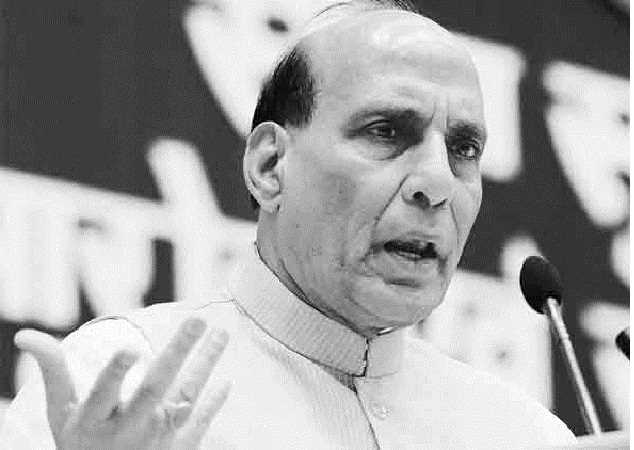 Days after the National Conference (NC), Communist Party of India (Marxist) (CPIM) and the People’s Democratic Party (PDP) announced their boycott of upcoming civic polls in Jammu and Kashmir over the issue of Article 35-A, Union Home Minister Rajnath Singh appealed to all political parties to participate in the forthcoming panchayat and urban local body polls in Jammu and Kashmir, in the wake of the NC and the PDP announcing a boycott of the elections.

Singh’s appeal comes after three major regional parties, the National Conference, Communist Party of India (Marxist) and the Peoples Democratic Party announced that they would boycott the elections in the state, as the Centre had not cleared their stand on Article 35 A of the Constitution.

Earlier in the day, Singh inaugurated two smart-fence pilot projects along the Indo-Pak border. Speaking at the conference, the Home minister appealed to all political parties to contest the upcoming panchayat and urban local polls, instead of boycotting them. “This would then provide an opportunity for them to interact with the people and would work for the development of the state”, he added.

On the other hand, the boycotting parties have said that that they would stay away from the civic polls until the government of India assures “protection” of Article 35 A, which defines state’s permanent residents and confers special privileges on them.

Article 35A was incorporated in the Constitution by a 1954 Presidential Order and accords special rights and privileges to the Jammu and Kashmir citizens. It also bars outsiders from purchasing land and property in the State and bars them from seeking government jobs and scholarships. At present, the Article has been challenged in the Supreme Court and the matter is still under consideration.

Reviewing the security scenario in J&K in the run-up to panchayat and urban local body elections, Singh said that the government’s priority is to hold the polls peacefully. Besides that, there would be no ceasefire in the valley and operation all-out would continue against the militants.

Despite the boycott call from the NC, CPI (M) and PDP, J&K chief electoral officer has already announced the timetables for the civic polls.

B. S. Yeddyurappa to Take Oath as Karnataka Chief Minister

Imran to be Sworn-in on August 18, Says PTI Senator