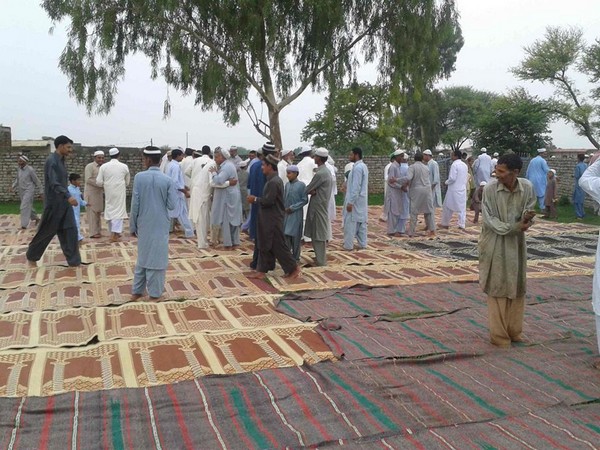 On Wednesday, 12th September, a mosque in the Sheetala colony of Gurgaon was shut down by the Municipal Corporation of Gurgaon (MCG). Ostensibly, such a step was taken after local Hindutva organizations raised objections to the mosque citing that it was an illegal structure and was disturbing the locals with blaring speakers, which were used for Azan, five times a day.

To the dismay of the local Muslim population, the mosque was promptly sealed off by the MCG following these complaints. Gurgaon was in news this year when Hindutva groups disrupted Friday prayers in open spaces by the Muslims. Back then, they threatened the permanent closure of Friday prayers by Muslims in the open, citing traffic hassles. However, most of these prayers were held in parks, barren lands, or lanes which hardly caused any traffic problem. The agenda of the Hindutva groups, couched in the language of civic disruption of traffic, was in reality a sinister targeted attack on the religious rights of the Muslim community.

Due to a massive outrage from people as well as the Gurgaon Nagrik Ekta Manch, a civil society group of Gurgaon, the authorities took necessary steps to ensure that the Friday Namaz be held. Though the Hindutva groups cried shrill against such an intervention, all plans to close Friday prayers were foiled.

The Sheetala Colony sealing of the mosque is a continuation of a series of Hindutva attacks on the praying rights of Muslims. The MCG deemed the structure illegal since it was within 300 meters of the ammunition depot of the Indian Air force. But by that logic, the entire colony would be rendered ‘illegal’. The Sheetala Mandir, a much bigger structure that houses a Hindu Goddess, is closer to the Air Force Ammunition depot. The locality also houses a Syrian Christian church. Yet, none of these structures were deemed illegal or sealed. ‘Even new constructions are taking place in this locality, which the MCG has no issues with. They are allowing such constructions, but they selectively sealed the mosque. This showed the prejudice of the administration in selectively targeting the mosque’, said a local Muslim resident, on conditions of anonymity.

Local Muslim organizations like the Muslim Ekta Manch, dalit organizations like Bhim Sena and civil Society groups like Gurgaon Nagrik Ekta Manch (GNEM) protested against this selective targeting of Muslim religious structures. A delegation of GNEM went and met the Divisional Commissioner D. Suresh on the 14th of September and demanded that the mosque be de-sealed. The Divisional Commissioner responded positively to this delegation and in fact ordered the re-opening of the mosque. D. Suresh on 14th September told the media that ‘there is a provision in the law that if a structure is sealed and its owner appeal against such sealing, then a reopening or de-sealing of that structure can be considered’. The Divisional Commissioner promised that the mosque will be opened by 4pm. The declaration instilled hopes in the minds of the people who went on to cancel the dharna or sit-in  protest that had started infront of the mosque since its sealing was withdrawn.

Speaking to TWJ, Rahul Roy, a member of GNEM, said, “We had explained to the Divisional Commissioner how the mosque is being selectively targeted and we got a very good response from him. However, the whole matter is now stuck in bureaucratic conundrums and political pressure from the Hindutva groups is behind the delay. We will now formally file a petition for de-sealing of the mosque to the Appellate authority in the Divisional Commissioner’s Office and we are hopeful that a solution will come out’. United Against Hate, a civil society platform also held protest against the targeting and sealing of the mosque on the 15th of September, Saturday in front of the Haryana Bhavan in Delhi.