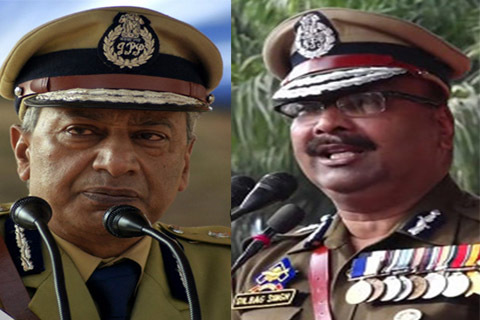 A wave of chaos and confusion erupted in the south Kashmir’s Shopian district on Friday morning when three policemen were found dead in Wangam village, hours after their abduction by suspected militants.The killing of these policemen triggered a wave of panic in the area and strong reactions from New Delhi which cancelled the proposed foreign minister-level talks with Pakistan.

The slain police personnel were identified as constable Nisar Ahmed Dhobi, a resident of Kapran village in Shopian, and special police officers Kuldeep Singh and Firdous Ahmed Kuchay, both residents of Batagund village of the district.

As per the locals from Wangam village, they spotted the bodies of policemen early in the morning. They then informed the district police who reached to the spot and took the bodies to the district hospital for medical formalities. Later on, the bodies of  Nisar and Firdous were handed to their families while thousands of people from different villages attended their funeral.However, the body of Kuldeep Singh couldn’t be cremated as his family members were in Jammu. “The moment his family members would arrive, we will perform his last rites,” said a close relative of the slain policeman.

According to witnesses, the killing of three policemen triggered fear across southern Kashmir, with several policemen who had gone to their homes on leave seen packing their bags to resume their duties. The killing of policemen comes close on the heels of an audio message released by Hizbul Mujahideen’s operational commander Riyaz Niakoo on Thursday, asking special police officials to “quit their jobs or get ready to face consequences.”

Earlier, on August 29 and 30, militants had abducted at least 11 policemen and their relatives from four southern districtsPulwama, Shopian, Kulgam and Anantnag following alleged vandalism of properties at militants’ homes by the government forces. Naikoo’s father Asadullah, 72, was also detained for questioning at a local police station and later released alongside the release of the relatives of policemen.

The Friday’s killings forced many SPOs in the southern districts to announce their resignations on Friday prayer, However, the the J&K police denied any such move. Viral videos surfaced on social networking sites immediately after the Wangam killings wherein policemen were seen announcing their resignations from service. But the police termed these videos as “rumours.” The Director-General of Police (DGP) Dilbag Singh, while calling the killing of three policemen as “very unfortunate” said that it was an act of desperation on the part of militant outfits. “In the recent past, the police carried out successful operations where militants sustained big jolts. The SPOs become soft targets when they go to their homes on leave,” he said.

“I strongly condemn this act,” he said. “As far as the rumours are concerned (about resignations of policemen), people shouldn’t pay heed to these things. They (SPOs) are the most important part of the police department and their role is laudable. We are looking into the rumours (about cop resignations). “They are doing a wonderful job. and their killing is a propaganda move by militants as they have been doing it in the past. These SPOs are doing their duties in the interest of people and their role is quite appreciable. We stand by them in this hour,” he added.

North Korea's Nuke Test Site to Close in May