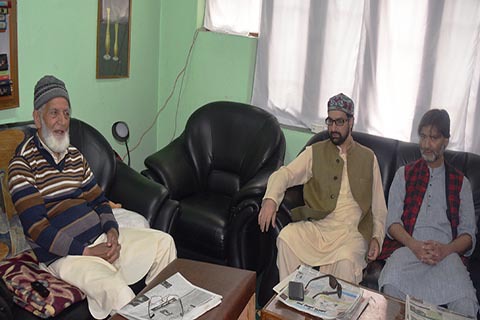 According to the State’s Chief Electoral Officer (CEO), Shaleen Kabra, the state witnessed an overall polling of 16.4 percent in phase-III of civic polls today. The Jammu division witnessed 81.4 percent polling in 4 ULBs of district Samba.

The valley observed complete shutdown because of the killing of Dr Manan Wani, which impacted the third phase completely. The Joint Resistance Leadership (JRL) had given a strike call to mourn the death of Wani as well as to boycott the third phase of municipal polls. Kabra also said that the lowest poll percentage of 1.8 percent was recorded in Srinagar, where 20 wards including 10 each in uptown and downtown went to the polls today. As per witnesses, the polling booths in Srinagar were deserted. However, Anantnag district recorded 3.2 percent turnout.

In Jammu division, highest polling percentage of 85.73 percent was recorded in Bari Brahmana. Although 207 wards in the state were scheduled to go to polls in the third phase, polling was only held in 96 wards — 56 in Samba district in Jammu division and 40 in the Valley. While 49 candidates for third phase were declared uncontested, there were no candidates for 62 wards falling in Pulwama and Anantnag district of south Kashmir, which is otherwise known as the hub of militancy in the valley.

The 4th and final phase of the municipal polls would be held on October 16. 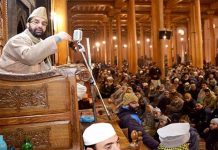 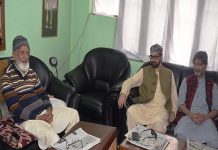 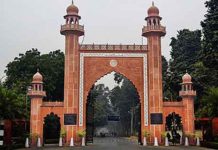 AMU Sedition Row: Governor of Jammu and Kashmir Discussed the Matter with the MHRD and the VC

Boycott over Ballot is a clear Message to New Delhi: Joint Resistance Leadership 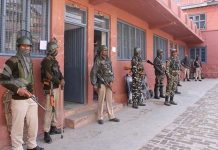