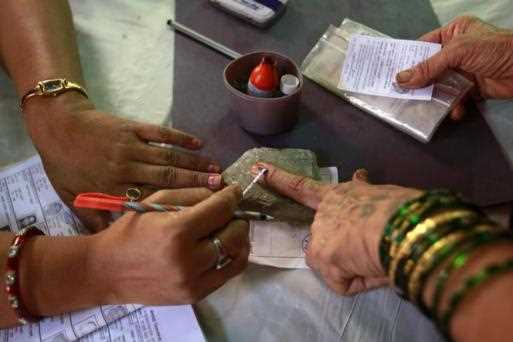 The fourth and last phase of Urban Local Body (ULB) polls ended today under tight security. The last phase was contested only in 36 wards out of 132, while as the candidates from other wards were elected uncontested. Polls began from morning 6 am up to 4 pm, which remained normal as per sources. However, boycott of polls was also prevalent in the last phase.

Meanwhile, the authorities had heavy security near the polling stations and forces had set up checkpoints in different places across Srinagar and Ganderbal, where the vehicles and commuters were thoroughly searched. The police along with the paramilitary forces also carried out area-domination exercises over the last couple of days. During the last phase, eight municipal bodies spanning across six districts in Kashmir valley were scheduled to go for polls. However, out of the eight, only two bodies contested for polls.

The Ganderbal Municipal Committee saw voting in 12 wards out of the 17 in total. The rest of the bodies like Pattan in Baramulla district of north Kashmir, Pampore, Pulwama and Khrew in Pulwama district in south, Shopian Municipal Committee in Shopian district in south and Dooru Verinag in Anantnag district also in south Kashmir saw no voting. In the Pampore municipal body, which has 17 wards, five candidates were elected unopposed, while 12 wards received no nomination papers. Out of the 13 wards in Pulwama municipal body, no candidate was in the fray in 11 wards while two candidates were elected unopposed.

Overall, the voter turnout in the first three phases of the civic polls in the valley has been low. In the first phase, which was held on October 08, the valley witnessed only 8.3 percent votes in the 83 wards. The poll percentage fell to an abysmal 3.4 per cent in the second phase held on October 10. The third phase of polling for civic bodies in Kashmir on October 13 witnessed a low turnout of just 3.5 per cent, in line with the trend set in the first two phases.

Melissa McCarthy may Star in 'The Kitchen'