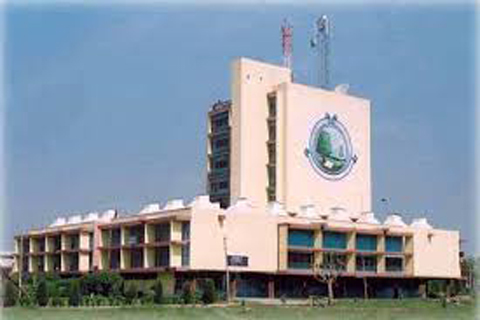 A march was carried out by the students of Kashmir University, Hazratbal on Monday in support of the students who were suspended for organizing the funeral of Mannan Wani at Aligarh Muslim University.

The students from all departments staged a protest march in solidarity with Kashmiri students in Aligarh Muslim University (AMU) for facing “harassment” over funeral prayers for scholar-turned-militant Mannan Wani. As per reports, the students from various departments took out a march and assembled outside the humanities Block where they raised pro-freedom slogans. They demanded that the suspension of Kashmiri Scholars at AMU be revoked.

According to the students who took part in the protest, the peaceful march was organised to protest the killing of Mannan Wani and to express solidarity with AMU students who were facing harassment in the AMU campus for trying to offer funeral prayer in absentia for Wani.

Manan Wani was enrolled in the department of applied geology at AMU before he joined the militants. Wani survived 09 months in militancy and was killed at Shatgund village of Kupwara, some days ago. The valley had witnessed complete shutdown to mourn Wani and his associate, and clashes had broken out at different parts among the youth and the security forces. Roads that were heading to his village were sealed and people offered funeral prayer in absentia at different places.

The protesting students also carried banners with pictures of former KU faculty member-turned-militant Dr Rafi Bhat, who was killed during a gun-fight in March earlier this year. Rafi Bhat was an assistant professor in the department of Sociology and had survived only 36 hour in militancy when he was killed along with district commander of Shopian in an encounter staged in a village of Shopian.

Meanwhile, the Kashmiri students studying at the Aligarh Muslim University (AMU) have threatened to leave for their homes on October 17, if the sedition charges against three of them were not dropped. In a letter to AMU vice-chancellor, AMU student’s union former vice-president Sajjad Rathar said, “If this vilification does not stop, more than 1,200 Kashmiri students will leave for their homes in the Kashmir Valley on October 17 as the last option.” 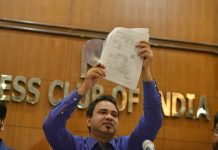