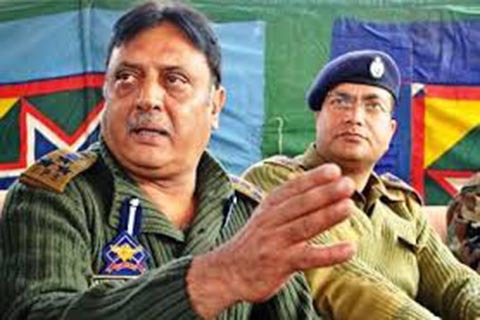 As per police sources, the panchayat polls in Jammu and Kashmir will be more challenging than the recently concluded municipal elections in terms of security. However, the forces have also said that they are ready to tackle any situation. The panchayat polls in the state will be held in 09 phases beginning from November 17.

Additional Director General of Police (ADGP), Law and Order and Security, Muneer Ahmad Khan said that it would be difficult to ensure security for panchayat polls since it is bigger as compared to the urban (local) body elections. Khan was speaking to reporters during a wreath laying ceremony for CISF officer ASI Rajendra Prasad who was killed in a standoff fire by militants at a power grid station in central Kashmir’s Wagoora area during the intervening night.

Militant outfits in J&K have also threatened dire consequences to those who participate in panchayat polls. Earlier, there were four attacks on security forces in two days in which two soldiers were killed in such attacks. Among them, two attacks were carried out in district Shopian, one in Tral, one on Wagoora (Nowgam) Srinagar. Besides that, one more soldier died due to stones showered by stone pelters on Srinagar bye pass road.

Khan stated that such incidents was an act of “frustration” on part of the militants since the “security forces have had huge success” on the anti-militancy front recently. In the last week alone, 13 militants belonging to various outfits, were eliminated in different places across Kashmir Valley. 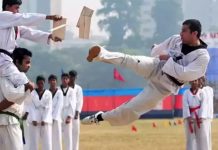