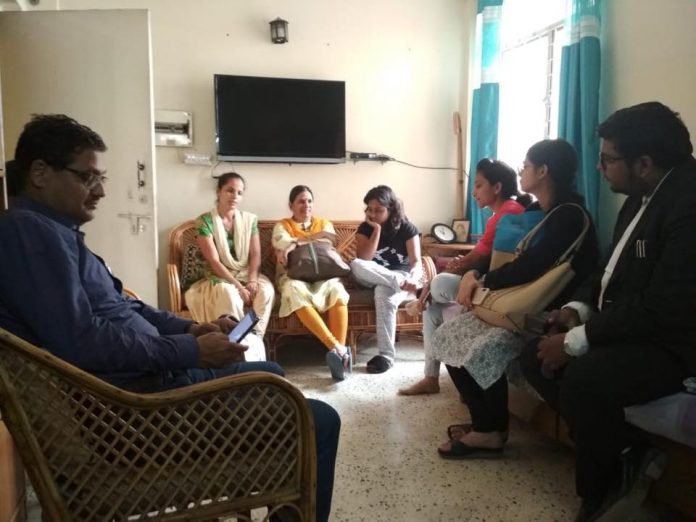 Sudha Bharadwaj, lawyer and activist, was arrested by the Maharashtra police on Saturday (27th October) in connection with the investigation of Elgar Parishad organised on December 31st prior to the 200th-anniversary observation of Bhima Koregaon. She was taken into custody from her residence at Faridabad in Haryana.

Talking to TWJ, Smita Gupta, who was with Sudha at the time of arrest said, “She was arrested from here and was taken to Pune. She was produced before the judge there and was sent to police custody for a period of 10 days. We had filed a review petition in Supreme Court which was dismissed. We also filed for bail at Pune sessions court, which was also dismissed. The lawyers will now take a call and probably apply for bail at Maharashtra High Court.”

Vernon Gonsalves and Arun Ferreira who had filed a bail application for Bharadwaj were taken into custody after the judgement was out. The activists are under remand till November 6th. Though the police reached Sudha’s residence soon after the judgement, they had to wait till morning to register her arrest as the law does not permit the arrest of women after sunset.

“Sudha has represented and advocated for the rights of Adivasis, workers, farmers, women, landless poor and countless others. She also taught students at NLUD. The State has reason to fear Sudha. Sudha’s work challenges the oppression and violence unleashed against the common citizens. Her arrest is an abuse of power, and the State is using the law to silence Sudha,” wrote Vrinda Grover, human rights activist on her Facebook wall.

The state government has now directed the formation of a 3 member committee led by ADGP to look into the case. Arun Ferreira, Vernon Gonsalves, Gautham Navlakha, Sudha Bharadwaj and Vara Vara Rao were arrested on August 28th allegedly for their involvement in the organisation of Elgar Parishad.

The arrested activists were said to have links with CPI (Maoist) and were described as “Urban Maoist Sympathisers” by the Pune police.

Condemning the arrest of the activists, the CPI (ML) issued a statement stating that “the dissenting judgement of the Supreme Court in this matter had laid bare the shameful manner in which the Pune Police had manufactured the case against these activists, flouting the Constitution of India.”

The event that marked the 200th anniversary of Bhima Koregaon was attended by thousands of people and incidents of stone-pelting were reported.

In the protest, four were injured and a man was killed. Following this, Maharashtra bandh was called by Dalit groups on 3 January 2018. As the protest intensified, more than 100 protestors were detained by the police.

The police were then forced to file an FIR on Hindutva activists Sambhaji Bhide and Milind Ekbote after widespread protests. Though Ekbote was arrested, once he was released on bail, the focus shifted towards the activists.

Earlier, the Supreme Court had criticized the Pune Police for procedural lapses in the way the arrests were made and had sought replies from both the Maharashtra police and the State government.

However, despite the criticism, the arrests of the activists continue on bizarre grounds such as being ‘urban Naxal sympathisers’.