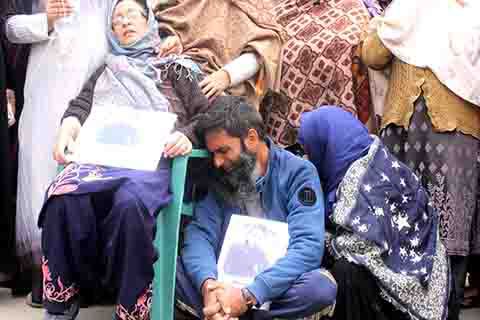 A Kashmiri student namely Ehtisham Bilal, who went missing from October 28 joined the militant ranks. The news broke out after his picture and audio clip went viral on social media. On Friday evening, the picture of Ehtisham, who was studying at Sharda University in Greater Noida showed up on social media platforms, wielding a gun with an audio message where he pledged his allegiance to the ‘Islamic State’ group led by Abu Bakr Al-Baghdadi.

Ehtisham (20 years old) was pursuing B.Tech in Sharda University, Uttar Pradesh, and was allegedly thrashed by some students in the university campus on October 4 for looking like an Afghan resident. After he narrated the incident to his parents, his father refused to file an FIR against the assailants. On 28th October, he called his father and asked for some money, after which his father Bilal Ahmad Sofi transferred five thousand to his account. After that, no contact was established between the families.

Meanwhile, on Thursday, his parents along with his relatives staged a sit-in at Press Enclave seeking Governor’s intervention in tracing their missing son. However, on Friday evening, a photograph showing Ehtisham wearing a black turban and Pathan dress, with an ammunition pouch placed on his chest, went viral on social media. This photograph had ‘Islamic State’ flag in the background. Within next few minutes, a six-minute audio clip purportedly that of Ehtisham, also started going viral.

The additional director general of police (law and order/security), Munir Khan said that preliminary investigations had suggested that Ehtisham had made his mind up to join militancy. “We are aware of the photograph of Ehtisham wearing an ammunition pouch on his chest. There is no footing of Islamic State in Jammu and Kashmir,” Khan added.

After Ehtisham’s picture went viral on social media, his father fell unconscious and was not able to speak even a word. Earlier his mother was also admitted in local hospital as her health had deteriorated after her son was reported missing. According to police sources, Ehtisham seemed to have followed the same ideology as that of Eisa Fazili, a B.Tech student from Baba Ghulam Shah Badshah University who was killed last year in Anantnag. 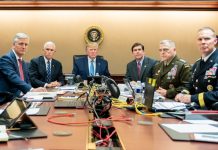 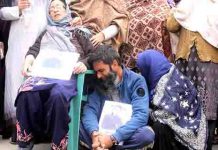 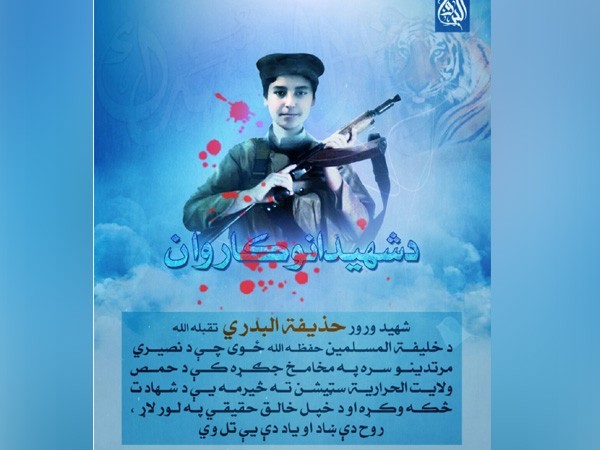