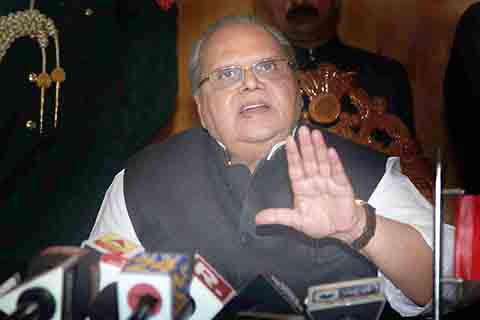 The Governor of Jammu and Kashmir said that he took the decision of dissolving the Assembly keeping in mind the interest of the people and the State.

The governor had dissolved the assembly within few minutes citing that there were possibilities of a derailment of the ongoing panchayat elections. He also said that if political parties who didn’t want these elections to happen, had formed the government, they would have lost stability. The governor also said that during municipal polls, nobody was harmed or killed during the exercise and the two phases of panchayat polls were conducted without any incident of violence.

Rejecting the claims of the National Conference and the People’s Democratic Party that he did not respond to their e-mails, tweets or any other mode they adopted to approach him to stake a claim for government formation, Malik said that nobody had approached him.